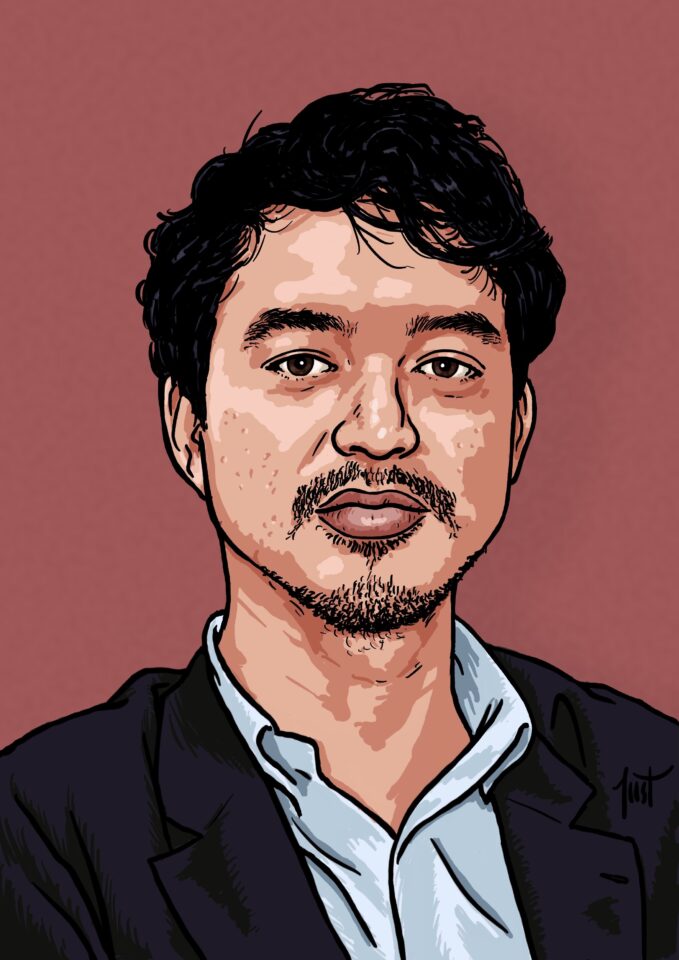 As a lawyer working for the Mining Advocacy Network (JATAM), Muhammad Jamil seeks to protect the communities that are affected by the mining business by using advocacy and litigation tools to hold corporations that damage the environment accountable.

This work isn’t without difficulties. ‘The main obstacles faced by Indonesian environmental lawyers  is that many victims in mining areas are difficult to detect and reach, due to limited access to transportation and inadequate internet. Some of them are also forced into silence due to intervention and terror from the government and corporations. This is compounded by the lack of media coverage and the environmental lawyers to represent clients through the whole country.’

When talking to Jamil, he explains that his organization, JATAM is committed to fight extractivism (economic activities that remove large amounts of a nation’s natural commons for sale on the world market with little or no processing). ‘Indonesia’s economy is still focused on extractive activities as a source of income. This means that environmental damage such as polluting the air, destroying rivers, and the removal of indigenous and local communities from mines continuous to happen on a large scale, despite the environmental impact.’

In Jamil’s eyes, a worrying development is that it seems that the government aims to expand the extractive business including mining despite increasing levels of pollution and environmental damage. ‘Our organization has estimated that around 70 percent of Indonesia’s environmental damage is caused by mining operations. Between 2019 and 2022, new regulations in Indonesia were introduced that seem to be based entirely on the importance of extractivism business, including mining, that legalizes pollution and environmental damage. Worrisome are the revisions of the Corruption Eradication Commission (KPK) Law, the Mineral and Coal Mining Law and the  passage of the Job Creation law 11 of 2020 drafted using the omnibus law method which changes at least 82 laws to make it easier for investments to be made without taking environmental aspects into consideration.’

This makes the work of JATAM all the more important. But working as a lawyer on environmental cases in Indonesia, comes with a specific set of difficulties. Getting access to information needed to build cases, remains a challenge. In July 2022 he won a case against the Ministry of Energy and Mineral Resources after a lengthy procedure about releasing information on the renewal process of coal mining permits for five companies. Jamil: ‘this is a public victory, a victory for residents who have been affected by mining operations. The decision in the  information dispute also shows that hiding data and information that has been often carried out by the Ministry of Energy and Mineral Resources of the Republic of Indonesia is a legally wrong act.’

Jamil furthermore notes that the main obstacles faced by Indonesian environmental lawyers is that many victims in mining areas are difficult to detect and reach, due to limited access to transportation and inadequate internet. Some of them are also forced into silence due to intervention and terror from the government and corporations. This is compounded by the lack of media coverage and the environmental lawyers to represent clients through the whole country. Even though climate litigation is in general quite developed in Indonesia, many of the lawyers working on these cases are based in urban centers whereas most of the environmental issues occur in the outer islands near the borders of the country. ‘Indigenous and local communities are in need of defense lawyers that are able to see their perspective as they are the greatest victims of the loss of public resources.’
For example, the communities living around the Malinau river are highly dependent on its drinking water and fish. A broken waste reservoir owned by PT Kayan Putra Utama Coal, which resulted in the pollution of this river, has severe impact on their lives. It causes damage in both the Malinau River and Sesayap River- North Kalimantan province: the water becomes thick and dark in color, various types of fish die in large quantities and the drinking water supply of the Regional Drinking Water Company is interrupted because the river water is no longer suitable as drinking water. Thus, both a resource for food and a resource for drinking water for the local communities is now lost.

Working on environmental cases comes with considerable risks for the lawyers involved. Threats can come from several sources. ‘So far, JATAM has often received forms of violence ranging from verbal violence, digital terror to direct attacks on JATAM’s office. Violence can come from police officers, government agencies, and companies.’ In January 2022, JATAM’s office in the East Kalimantan Province was raided. Jamil was at the office when the attack happened. ‘The gang of people came with sharp weapons and firearms and came as a result of our advocacy for the case of children who died in the mine pits.’ Although this is a grave incident, it was not the first time. In November 2018 another raid of the same office already occurred. JATAM employees further occasionally notice that they are being monitored by unknown persons, and some employees are facing personal attacks: they receive threats, or are the subject of criminalization.

Nonetheless JATAM continuous its work. A way in which JATAM initiates action is through strategic litigation. They consider potential adverse implications if the case is won, on top of that, there should be at least a 70% chance the case will be won. Jamil emphasizes that ‘When JATAM chooses the litigation route, the arena of courtrooms will be fully utilized to conduct public campaigns with the aim of conveying the truth from within the court in order to reach the public outside the courtroom.’