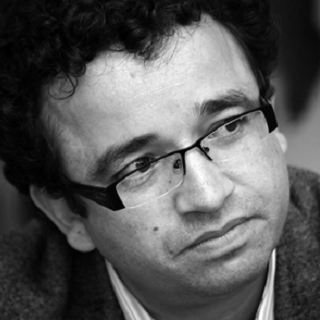 Jorge Eliecer Molano Rodriguez is a Colombian lawyer who provides legal assistance to various human rights organizations in Colombia. Molano Rodríguez also assists victims and relatives in for instance the case of enforced disappearances of 11 people after the events that occured at the Palace of Justice in Bogotá on 6 and 7 November 1985. At the time, a group of guerillas forced their way into the palace and demanded that a case against the then President be reopened. They took Supreme Court judges hostice and the drama ended in the deaths of dozens of people, judges and members of the guerilla among them. Molano also represented family members of the victims of the killing on 21 February 2005 of several members of the Comunidad de Paz of San José de Apartado. Lawyer Molano Rodriguez also assists various people in cases where human rights organizations and defenders have been spied on by national security agencies and in cases regarding extrajudicial executions.

In the first weeks of December 2009, people dressed as civilians reported to the house of the lawyer and tried to gain access. The cell phone of the lawyer has been tapped for a while (most likely by the national security agency) and this seems to have worsened in the past month. His office is also being watched by various people in plainclothes and he receives threats via the internet. For instance, he received a message stating: “We want to make clear that if anything happens to us or our relatives, we hold the judge and her assistant, the lawyer Jorge Molano, accountable, may our blood poor on them”. It is believed that this message was sent by a former member of the national army. The partner of the lawyer has repeatedly been followed during the past months.

L4L has requested the local government to take immediate and effective measures to provide protection to the lawyer and human rights activist Jorge Eliecer Molano Rodriguez and his family, to enable him to carry out his profession in absolute freedom. We also requested the local legal authorities to carry out the necessary investigations in order to identify and adjudicate the people responsible for the threats made against Molano.