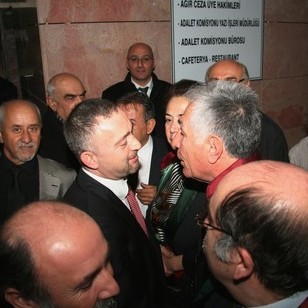 Turkey President and board of Istanbul Bar Association acquitted

Hans van Veggel, former President of the Amsterdam Bar Association, observed the trial. He reacted to the verdict saying: ‘Our travels to Istanbul have not been in vain, but a lot more has to be done before we can speak of a real democracy and an independent judiciary in Turkey.’

You can find the entire press statement here. Please click here for footage of the trial.