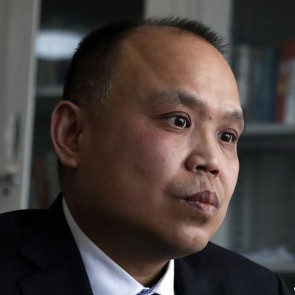 On 9 May 2019, the Xuzhou Municipal Intermediate Court in Jiangshu province conducted a one-day secret trial of human rights lawyer Yu Wensheng. Before this trial, Yu Wensheng had been detained for more than 500 days. Neither Wensheng’s wife nor his lawyers were informed about the trial beforehand, and the outcome of the procedure remains unknown. On 8 May 2020, the family contacted the Xuzhou procuratorate and was informed no verdict has been reached yet.

Yu Wensheng is a well-known and outspoken Chinese human rights lawyer who has often been actively involved in politically sensitive cases against the government. His clients have included other human rights lawyers, such as Wang Quanzhang, who has recently been released. In 2017, Yu circulated an open letter in which he criticized President Xi Jinping’s rule, claiming China was “marching backwards” under Xi. Following this letter, his license to practice law was revoked in January 2018.

Yu Wensheng was first detained in 2015, and again from 2018 onwards. During his imprisonment, Yu Wensheng received the Franco-German Prize for Human Rights and the Rule of Law for 2018.

In March 2018, the UN Working Group on Arbitrary Detention and two other UN experts appealed to the Chinese government, raising concerns about Wensheng’s detention. In 2019, the Working Group found his detention to be arbitrary and in violation of his rights to a fair trial. Despite multiple statements from the European Union calling for his release, Yu Wensheng remains detained and his family and lawyers remain unable to contact him.

Lawyers for Lawyers believes Yu Wensheng’s detention and conviction are in violation of his human rights, along with his right to freedom of expression as laid down in Article 23 of the United Nations Basic Principles on the Role of Lawyers. His detention is most likely linked to his work as a human rights lawyer and his statements regarding necessary changes to China’s political system. His case underlines the continuing danger Chinese human rights defenders face.