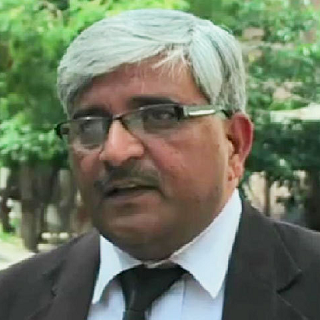 Pakistan Murder of Rashid Rehman and injury to Nadeem Parwaz

L4L has sent letters to the President, several ministers and the Ambassador of Pakistan to ask attention for the assassination of prominent Pakistani human rights lawyer Rashid Rehman Kahn and his colleague Nadeem Parwas and a client who were also injured in the attack. Although the lawyer received several threats earlier and reported them to the authorities, they did not take action to protect them.

L4L has been informed that two unidentified armed men walked into Mr. Rehman Khan’s office and shot him five times. Mr. Rehman Khan succumbed to his injuries on the way to Nishtar Hospital. Mr. Parwaz is still at the hospital and is said to be in critical condition. The two gunmen managed to escape.

On 8 May 2014, on the day of Mr. Rehman Khan’s burial, leaflets that claimed that Mr. Rehman Khan had met his “rightful end” were distributed in Multan and the person who led the funeral prayers was threatened.

Prior to the assassination, Rashid Rehman had been seriously threatened that he should stop representing Junaid Hafeez, a university lecturer at Bahauddin Zakariya University in Multan, charged with blasphemy. On 9 April 2014, when the case of the lecturer was being heard, four men threatened Mr. Rehman in the courtroom by saying: “you will not come to court next time because you will not exist anymore”.

L4L understands that these threats were reported in April 2014 to a number of authorities including the police, the district administration of Multan, the bar association and the Human Rights Commission of Pakistan (HRCP). Subsequently, HRCP wrote to the Punjab government, expressing its concern and demanding that action should be taken by the government to ensure Mr. Rehman Khan’s security and to proceed against the persons who had threatened Mr. Rehman Khan. The authorities took no action to provide any security to Mr. Rehman Khan.

You can find the letter to the President here.