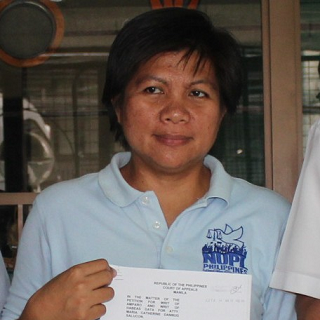 On 12 March 2015, the Philippine Court of Appeal granted the application for a Writ of Amparo of  Atty. Maria Catherine Dannug-Salucon. It is reportedly the first writ of Amparo granted to a lawyer under attack.

The Writ of ‘Amparo’ – which is Spanish for ‘protection’ – is a legal remedy for the protection of victims of human rights violations, including threats.

In granting the writ the Court directed state security forces to “exert extraordinary diligence and efforts to protect Salucon and her immediate family.”

Salucon filed the petition in April 2014 after she experienced intensified surveillance by the Intelligence Services of the Armed Forces of the Philippines. The surveillance was particularly concerning in view of the killing – reportedly by members of the Intelligence Services – on 25 March 2014 of William Bugatti, a human rights defender who was also working as a paralegal for Salucon.

Lawyers for Lawyers and Lawyers’ Rights Watch Canada (LRWC) have repeatedly warned President Aquino of the Philippines for the practice of the military to label lawyers as enemies of the state. Labeling is considered  one of the root causes for the spate of extrajudicial killings in the Philippines since 2001.

Lawyers for Lawyers welcomes the decision of the Court of Appeal, and will continue to closely monitor the situation of lawyers in the Philippines.