Home » News » Sirikan Charoensiri: “Our gender, appearance and costume are not what define our abilities” 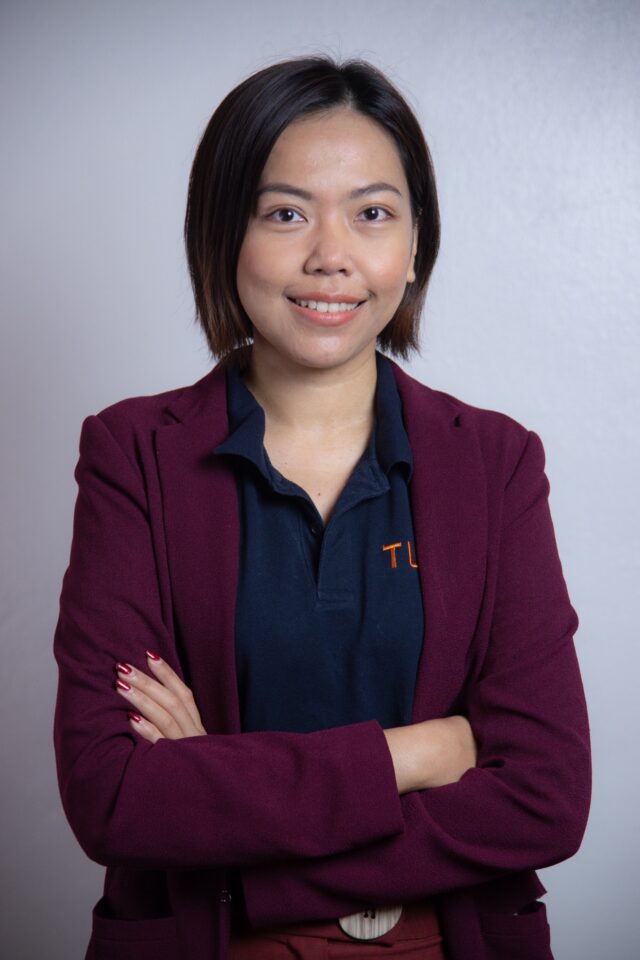 Lawyers for Lawyers presents the “Highlighting the Work of Female Lawyers from Asia” interview series. This series highlights the important work of inspiring female lawyers from Asia. We address the general challenges these lawyers face as women in the male dominated legal profession, solidarity and empowerment among female lawyers, examples of sexism in their work space and how they respond to those situations. The second interview in our series is with human rights lawyer Sirikan Charoensiri from Thailand.

Sirikan Charoensiri worked at the International Commission of Jurists, before co-founding Thai Lawyers for Human Rights (TLHR) in the wake of the military coup of 2014. TLHR is a non-governmental organization based in Thailand that works to document human rights violations and provide free legal support to people whose civil and political rights have been violated. As a human rights lawyer with TLHR, Charoensiri provides legal services in high-profile human rights cases on a pro bono basis. Charoensiri is the laureate of the 2017 Lawyers for Lawyers Award.

I would say I experienced the challenges of becoming a young female lawyer in the male-dominated legal profession since finishing my law degree. There was a perception that women were not suitable to be lawyers and that roles such as prosecutors or judges were preferable, as you would be treated better and these careers are more respected and secure in terms of salaries and benefits. In addition, if you really wanted to be a lawyer, there was the perception that you should not do litigation as you would not win over the old men. Personally, my parents wanted me to be a judge or prosecutor, never a lawyer. They were not only concerned about how I would earn a living but also about my security and safety as a female lawyer.

Entering the traditionally male dominant arena, I felt judged by my young female look and appearance, not my efforts or abilities. Some senior men lawyers, prosecutors, judges, or policemen addressed me with ‘Noo’ (a Thai word for addressing a young(er) girl) or ‘girl’ even though they knew I was a lawyer. Once I was questioned by a senior male lawyer whether I was really committed to practice law or just wanted to find a husband in the courtroom.

I think young and inexperienced lawyers face more challenges in general, but women or LGBTIQ+ lawyers face another level of gender-based obstacles and discrimination. Nevertheless, I would say my experience in the human rights lawyering field has been fortunate. I am able to work among supportive colleagues where the senior lawyers mentor and train the younger ones regardless of sex or gender.

In Thailand, there are over 78,000 lawyers, comprised of 70% men and 30% women (figures as of 2020). Few women are in the criminal law practice and litigation. Many chose to be in a law firm and corporate practicing business and civil cases, several leave for other careers after their attempts in the legal profession or for their taking care of their children. As we have tried to promote gender equality in any profession, the legal field should be one of the first professions to advance this issue of equality in. Women lawyers in leadership and partnership positions are important for other women in law to feel connected and represented. There are many female-oriented or unique issues that the male counterparts do not understand or consider so it is essential to have women supporting each other to advance the equality and address their issues in the field such as equal pay, obligations of women to their families and childcare, sexual harassment. Noting that women in law must also learn to empower themselves, not to control each other to satisfy the male power.

Would you say that you face any challenges as a female lawyer working in Thailand?

In general, Thai human rights lawyers face greater challenges and risks from the government and authorities, including intervention, intimidation, and harassment. Female lawyers, however, have to encounter gender-based challenges, discrimination and stigmatization. I received a rape threat on social media when the media covered my representation of pro-democracy activists or political dissidents. Male civil servants called me ‘little beauty miss lawyer’ in a public seminar. Judges and prosecutors ignored me and looked for my senior male lawyers to lead in the courtroom. My female colleague had to take her children to a courtroom because no one was able to take care of them, and she felt pressured and not supported by others in the room. When having cases in other provinces, women lawyers may be the last option as men would be able to share a room to save costs, and for safety reasons. Traveling for duty at night under security laws like the Emergency Decree or going alone to a military camp or meeting male officers, are examples of real challenges that women lawyers have to deal with without guarantees of their safety.

Definitely. If female lawyers enjoy equal opportunity and support as to their male counterparts, they can work on any cases of their choice. In many cases, male lawyers may need a female lawyer to lead or support them because of the dedication and sensitivity of the cases or the clients. Our gender, appearance and costume are not what define our abilities. Additionally, I think the Bar or Lawyers’ Council of Thailand must play a role to promote and support all lawyers to be able to carry out their work independently and protect them from discrimination and harassments by government, authorities, judges and in the industry.

Are female lawyers in Thailand organized in associations or groups?

I only came across one established association of women lawyers called the “Women Lawyers Association of Thailand under the Royal Patronage of Her Majesty the Queen”.

I think in the Thai legal field, there should be more groups of female and LGBTIQ+ lawyers and legal practitioners that advocate for law and policy change to improve the rule of law, human rights and democracy in Thailand. In the past year, there was an initiative of younger female lawyers for women’s rights to gather their force for gender-based violent cases. Their members are mostly women and LGBTIQ.

I can’t say for all but in my experience, when I face unequal treatment or discrimination, I would first tell my colleagues. We have to speak out for ourselves and get support from our male and female colleagues. The support is always there.

What can be done to improve the position of female lawyers in Thailand? Or are there already practices in place that support female lawyers?

If we want to improve and advocate on gender equality and non-discrimination, we should also support the female lawyers in the same way. Often the lawyers who defend other rights are the ones who overlook their own rights as they focus only on helping others. In particular, women lawyers might be reluctant to voice out their problems or issues in the legal profession with fear of being judged or seen as incompetent. So, I think it is important to create a safe space and environment where women/LGBTIQ lawyers can express their opinion without fear of retaliation from their superiors or authorities. Some outdated and discriminatory policies or laws should be revised. For example, a number of lawyers petitioned for a change of the dress code of Thai Lawyers’ Council of Thailand under the Royal Patronage which regulates female lawyers’ attires to wear skirts during litigating in a courtroom. Female lawyers complained that they were not allowed to wear trousers in court, while other government officials and prosecutors are not under restriction. Breaching the rule could subject a female lawyer to penalties. In some cases, judges scolded female lawyers for wearing trousers and opposition male lawyers mocked them for not wearing skirts. It is also the matter of convenience and security of female lawyers who feel safer to wear pants to work. So far, the Lawyers’ Council has not revised such discriminatory rule against female lawyers. In addition, I think it’s important to take into account the female obligations of childcare and their family into the justice system such as a childcare facilities and service at court and government agencies etc. There is a lot to improve to support female lawyers and women’s rights in Thailand.

I still consider myself a young female lawyer, but if I have to say something to my colleagues and law students, “be confident, determined and courageous.” Our skills and abilities are not judged by our sex or gender and not by the way we dress. I can’t say this road is easy but just like in other challenging careers, you will face difficulties and obstacles. As long as, you adhere to the legality, principles and integrity of the profession, you are doing the right thing. Anyone can defend human rights, including female lawyers.