Home » News » Statement on the disbarment of lawyers in Crimea 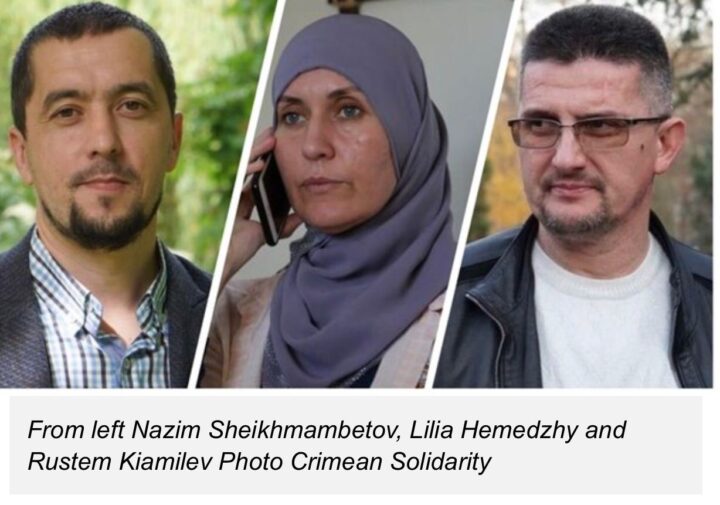 Lawyers for Lawyers is concerned about the disbarment of three Crimean human rights lawyers, Lilia Hemedzhy, Rustem Kyamilev and Nazim Sheikhmambetov, in relation to their alleged violation of the procedure concerning transferring from one bar association to another.

Lilia Hemedzhy, Rustem Kyamilev and Nazim Sheikhmambetov are prominent human rights lawyers in Crimea, noted for their representation of Crimean Tartars and political prisoners. Lilia Hemedzhy was one of the initiators who had launched the school of public defenders in Crimea and in 2019, the Dutch Government presented her with the Human Rights Tulip Award.

On 28 April 2022, the Chechen Bar Association received a complaint from the Office of the Ministry of Justice for the Chechen Republic, demanding that the legal professional statuses of Lilia Hemedzhy, Rustem Kyamilev and Nazim Sheikhmambetov be revoked. On 15 July 2022, the Bar Association of the Chechen Republic of the Russian Federation disbarred human rights lawyers Lilia Hemedzhy, Rustem Kyamilev, and Nazim Sheikhmambetov, in relation to their alleged violation of the procedure concerning transferring from one bar association to another. Nazim Sheikhmambetov and Rustem Kyamilev were not informed of the disbarment procedure, and Lilia Hemedzhy received notice only one day prior to the scheduled date. Furthermore, the materials that served as the foundation for the investigation were not provided. As a result, the disbarment proceedings were conducted without the presence of the human rights lawyers.

Since March 2020 the three lawyers had been requesting to change their Bar association from Chechnya to Crimea, where they live and work, but their requests were repeatedly denied first alleging COVID-19 restrictions and later on due to their “unreliable status” in Chechnya. After their last attempt on January 2022, the Crimean Bar Association did not accept their applications within one month after the request, as mandated by Russian law. This administrative delay led to the three lawyers being disbarred on the grounds that they had failed to register in time.

The lawyers have appealed to both the decision to deprive them of their status as lawyers and the decision to deny them admission to the Crimea Bar Association. The appeal in the first matter was received by the Russian Federal Bar Association (RFBA) on 22 August. The appeal in the second matter was accepted by the Zheleznodorozhny Court which is a District Court of Simferopol and a hearing is appointed for the beginning of November 2022.

This is not the first attempt to impede the work of human rights lawyers in Crimea. Over the past years, Lawyers for Lawyers has reported on the harassment of lawyers Edem Semedliaiev, Emil Kurbedinov and Lilia Hemedzhy.

Lawyers play a vital role in upholding the rule of law and the protection of human rights, including the rights to an effective remedy, due process and fair trial guarantees, and the right of freedom from torture and other cruel, inhuman, or degrading treatment or punishment. Their work is indispensable for public confidence in the administration of justice and to ensure access to justice for all. To fulfil their professional duties effectively, lawyers should be able to practice their profession safely and should be free from improper interference, fear of reprisals, and unreasonable or illegitimate restrictions.

Principle 16 of the UN Basic Principles on the Role of Lawyers (1990) requires governments to ensure that lawyers are able to perform all of their professional functions without intimidation, hindrance, harassment or improper interference and that they “shall not suffer, or be threatened with, prosecution or administrative, economic or other sanctions for any action taken in accordance with recognized professional duties, standards and ethics”. Furthermore, Principle 27 of the UN Basic Principles states that “charges or complaints made against lawyers in their professional capacity shall be processed expeditiously and fairly under appropriate procedures. Lawyers shall have the right to a fair hearing, including the right to be assisted by a lawyer of their choice.”

Lawyers for Lawyers urges the Russian authorities to immediately reinstate the lawyers’ licenses of Lilia Hemedzhy, Rustem Kyamilev and Nazim Sheikhmambetov and to put an end to all acts of harassment, including at the administration and judicial levels, against them and all human rights lawyers in Crimea.

Lawyers for Lawyers is concerned about the disbarment of three Crimean human rights lawyers, Lilia Hemedzhy, Rustem Kyamilev and Nazim Sheikhmambetov, in relation to their alleged violation of the procedure concerning transferring from one bar association to another. Lilia Hemedzhy,