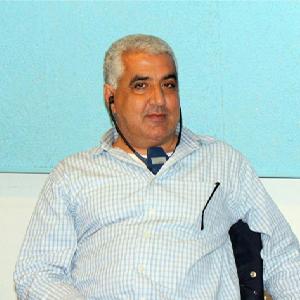 On 4 June, L4L has together with 18 other organisations asked attention for the situation of Khalil Ma’touq through a joint statement. This 54-year-old director of the Syrian Centre for Legal Studies and Research was arrested on 2 October 2012, together with his assistant Mohammed Thatha. The Syrian authorities deny that they are in detention, but recently people close to the two men heard that Khalil Ma’touq is indeed detained and that his health situation is critical. He has an advanced lung disease and depends on medication and medical help, but it could also be that he is tortured, since torture is rife in Syrian prisons. Family members and colleagues have suggested that the detention of the two men relates to their human rights work.

The lawyer has assisted many victims of human rights violations, including political prisoners, journalists and people who were tried before the Supreme State Security Court which was abolished in 2011. He also represented Mazen Darwish, former lawyer and director of the Syrian Center for Media and the Freedom of Expression who has been arbitrarily detained in the Adra prison in Damascus since 16 February 2012.

See the joint statement of the 19 organisations that was issued on 4 June here.

Recently, L4L also asked attention for the case of Burhan al Sakkal, who deceased in a Syrian prison, reportedly after he had been tortured and was denied necessary medical treatment.