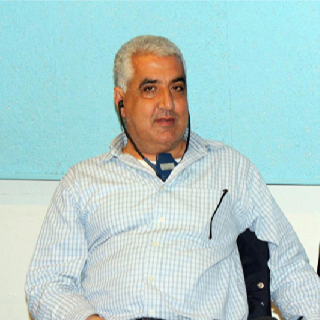 The Syrian government should immediately and unconditionally free the prominent human rights lawyer Khalil Ma’touq and his colleague Mohamed Zaza, 26 organizations, including L4L, said on 2 October 2014, on the second anniversary of their enforced disappearance.

Ma’touq, director of the Syrian Center for Legal Studies and Research, is a human rights lawyer who has been defending peaceful activists for more than 20 years. He and his colleague and assistant Mohammed Zaza have been missing since October 2, 2012, when they were en route from Ma’touq’s home in Sahanaya, a Damascus suburb, to his office in Damascus. It is believed that they were arrested at a government security checkpoint solely due to their legitimate and peaceful work in human rights.

Multiple reports have indicated that the two men are being held by the Syrian authorities, who appear to move them among various detention facilities in Damascus, including the “Palestine Branch”, a detention center run by Military Intelligence. The repeated requests  ​by their families and lawyers for information about their fate and whereabouts and for a visit are rejected. Syrian authorities deny that the men are in custody, placing them at particular risk of torture or other ill-treatment and even extrajudicial execution.