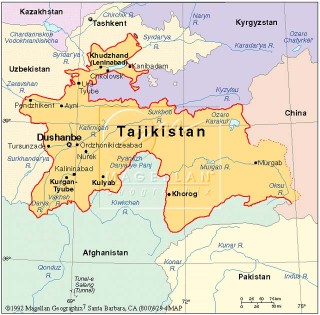 Today, 26 May 2017, marks the 95th anniversary of the establishment of the first Tajik Bar Association. Tajikistan’s human rights record continues to deteriorate amid an ongoing crackdown on freedom of expression and political opposition. Lawyers for Lawyers has grave concerns about the situation of lawyers in this country.

According to our information, lawyers working on sensitive cases in Tajikistan have been facing difficulties in connection with their legitimate professional activities. In September 2015, for example, the lawyers Buzurgmehr Yorov and Nuriddin Makhkamov defended detained members of the recently banned opposition Islamic Renaissance Party of Tajikistan (IRPT). On 6 October 2016, the Dushanbe City Court sentenced them to 23 and 21 years in prison respectively. Originally charged with fraud and forgery, they were subsequently charged with extremism. During the trial, which was closed to the public, the lawyers denied their guilt and argued that the case was politically motivated and related to their defense of IRPT members. We understand that, at the beginning of March 2017, Tajikistan’s Court of Appeal rejected Yorov’s appeal and upheld the previous court verdict of a 23-year prison term.

Unfortunately, their cases are not isolated instances. Other lawyers representing political opponents or taking on politically sensitive cases have also been arrested, imprisoned, and intimidated. Some have reportedly received death threats. This impedes the effective access to legal services provided by an independent legal profession.

The United Nations Basic Principles on the Role of Lawyers state that the adequate protection of the human rights and fundamental freedoms to which all people are entitled requires that all people have effective access to legal services provided by an independent legal profession. Fundamental to improving the human rights situation for the people of Tajikistan is to ensure that the justice system provides due process for rights holders and allows lawyers to do their work independently and without fear of influence, harassment or intimidation.

Lawyers for Lawyers calls on the authorities of Tajikistan to guarantee that all lawyers in Tajikistan are able to practice law in all circumstances without threat, intimidation, hindrance, harassment, improper interference or reprisals. Lawyers for Lawyers also respectfully called on the Bar Association of Tajikistan to play a vital role in this process by protecting their members so that they can defend their clients freely and without fear, thus contributing to the promotion of the rule of law.