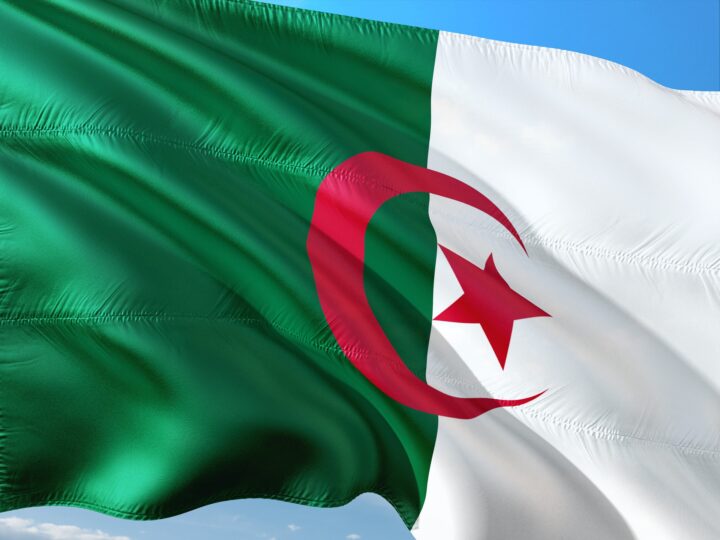 The undersigned organizations are concerned about the attacks against lawyers from the Collective for the Defence of Hirak Detainees, as part of the Algerian authorities’ accelerated crackdown on the peaceful Hirak movement. The organisations are further alarmed by the recent summary sanctioning of judges, the calling into question of the immunity of lawyers, and the adoption of Ordinance 21-09 which provides for up to five years of prison for individuals who share information about ongoing judicial investigations or prosecutions, including lawyers, thereby directly obstructing human rights work and opening the door for reprisals. The statement is also available in العربية.

The targeting of Algerian lawyers and judges comes against the backdrop of a near-total closure of public space for peaceful protests following mass arrests, increased use of unlawful force and obstruction of protesters. Peaceful protesters, activists, rights defenders and journalists continue to face arbitrary detention and prosecution.

As of 30 June, there are at least 304 prisoners of conscience, a record number, while more than 6,400 peaceful protesters have been arrested since the return of the Hirak pro-democracy protest movement. There is also an alarming  new trend of prosecuting human rights defenders, peaceful protesters and journalists on the basis of unfounded terrorism charges. The role of lawyers in protecting the rule of law and human rights is all the more fundamental given the context of the current crackdown in Algeria.

On 11 May 2021, the Spokesperson for the United Nations (UN) High Commissioner for Human Rights, Rupert Colville, expressed concern about the situation in Algeria “where the rights to freedom of opinion and expression, peaceful assembly and participation in public affairs continue to be under attack”. Among other things, Colville called on the Algerian authorities to “(…) cease all forms of harassment and intimidation” against people participating in the Hirak movement.

We have received information that as part of this crackdown on fundamental freedoms in Algeria, lawyers are increasingly targeted.

Human rights lawyer Abderraouf Arslane, a representative of the Collective in Tébessa, is being prosecuted on terrorism-related charges of “participation in a terrorist organisation” (Articles 87bis 2 and 87bis 3 of the Penal Code) and “spreading false news that may undermine security and public order” (Article 196bis as amended in April 2020).  The prosecution appears to be linked to his work as a human rights lawyer, his long-time defence of Hirak activists, notably Aziz Bekakria, and the exercise of his freedom of expression. Abderraouf Arslane was arrested on 26 May while he was in court representing Mr Bekakria. He is currently in pre-trial detention, prosecuted within the same case as Aziz Bekakria and two co-defendants, Redouane Hamidi and Azeddine Mansouri, all of whom are Hirak activists. We have been informed that during his hearing, Abderraouf Arslane was questioned about his relationship with Aziz Bekakria, about online videos in which he spoke on the Hirak movement and the repression by the authorities, and about his affiliation to the Rachad movement, which he denied.

The arrest and prosecution of a human rights lawyer defending Hirak detainees, especially while he was in court defending one of them, on baseless terrorism-related charges is a significant escalation and signals willingness from the authorities to directly undermine the rule of law and access to justice, which principles lawyers uphold. The prosecution of Abderraouf Arslane is largely interpreted as a political warning aimed at lawyers.

On 25 April and 25 May, two other lawyers Mohamed el-Amin Ben Dahmane and Mohamed Makkawi, both members of the Collective for the Defence of Hirak Detainees in Tlemcen, were suspended from law practice by the Tlemcen Bar without any justification. Their suspension appears to be related to their engagement in the Collective and to their defence of Hirak detainees. Prior to their suspension, the lawyers had been warned by the President of the Tlemcen Bar about speaking publicly about the prosecutions of Hirak detainees and threatened with reprisals if they ran for office in the local bar elections, which they did. We have also received information that several female lawyers, all members of the Collective, reported being targeted with smear campaigns on social media. Moreover, several cases have been reported in which detained protesters and activists have experienced denials of access to their lawyers. Human rights defender Djamel Lalileche was,for instance, presented before an investigative judge on 4 May without a lawyer.

In addition, on 30 May, the Superior Judicial Council dismissed Judge Saad Eddine Merzouk and issued a warning to Deputy Prosecutor Ahmed Belhadi, following proceedings initiated by the Ministry of Justice, in relation to Judge Merzouk’s and Deputy Prosecutor Balhadi’s support of the Hirak movement and their defence of judicial independence.

Prior to this, on 28 March 2021, the Supreme Court of Algeria accepted an appeal asserting the unconstitutionality of Article 24 of the Statute of Lawyers. Article 24 ensures the immunity of lawyers while carrying out their duties. It provides that lawyers cannot be prosecuted for their actions, statements, and writings in the context of debates or pleadings in court and states that in the exercise of their profession, a lawyer “enjoys absolute protection of the confidentiality of relations between him and his clients, the guarantee of the secrecy of their files and correspondence”. The article is fundamental to the protection of lawyers from any pressure, in line with international legal standards such as article 20 of the UN Basic Principles on the Role of Lawyers (Basic Principles).

Lastly, on 8 June, Algeria adopted Presidential Ordinance 21-09 which  raises significant alarm as it has the potential to be used to criminalise the work of lawyers and wider human rights work. The ordinance provides for up to 15 years imprisonment for individuals who share information deemed “classified” – defined in an overly broad manner, allowing for subjective and abusive interpretation – and 3 to 5 years imprisonment for individuals who share information about ongoing judicial investigations or prosecutions. This ordinance has effectively created a basis to prosecute anyone releasing information that authorities themselves deem to be an “offence” or “undermining” their interests, and would forbid anyone from sending information about a current investigation, including to a UN mechanism. This ordinance constitutes another step in the obstruction of lawyers’ work.

Article 16 of the Basic Principles states that governments must ensure that lawyers “are able to perform all of their professional functions without intimidation, hindrance or improper interference.” The Basic Principles further require that lawyers “shall not suffer, or be threatened with, prosecution or administrative, economic or other sanctions for any action taken in accordance with recognized professional duties, standards, and ethics.” Moreover, Basic Principle 23 states that lawyers have the human rights to freedom of expression and to take part in public discussion of matters concerning the law, the administration of justice, and the promotion and protection of human rights. As highlighted in a report from the UN Special Rapporteur on the Independence of Judges and Lawyers in April 2019, Judges and prosecutors can also exercise their right to freedom of expression as long as it does not threaten the dignity of their office, their impartiality and their independence.

In view of the information presented above, the signatories urge the Algerian government to guarantee that all lawyers and members of the judiciary in Algeria are able to perform their professional duties without threat, intimidation, hindrance, harassment, improper interference or reprisals. The organisations urge Algerian authorities to cease arbitrary prosecutions and sanctions, notably against lawyers, to cease the prosecutions against lawyer Abderraouf Arslane, to reinstate arbitrarily sanctioned judges and lawyers, and to rescind Ordinance 21-09.

Click here for the PDF version of the statement.