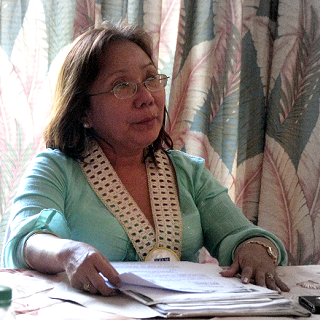 The Philippines Also lawyers among vitims of Maguindanao massacre

That is what lawyer Concepcion (‘Conny’) Brizuela stated in a conversation with the members of the L4L mission investigating extrajudicial killings of lawyers and judges on the Philippines in November 2008. Conny also told that she had moved to another island of the Philippines because of the death threats she received. Conny is one of the more than fifty people who were abducted and killed on Monday 23 November 2009. The group was escorting the wife of a political candidate, planning to run for the office of governor in the May 2010 elections. The victims of the massacre have been found in a mass grave. Among the victims were two lawyers and twenty-three journalists, professions that have endured great strain lately in the Philippines.

L4L demands that there will be an immediate end to the lawlessness in the Philippines and has put this opinion across to the Dutch human rights ambassador, Mr. Hamburger. The names of the two slain colleagues will be added to the already long list of murdered lawyers, for which nobody has been convicted so far. L4L has produced a documentary film about its fact finding mission to the Philippines: the documentary consists of two parts and can be viewed here and here.