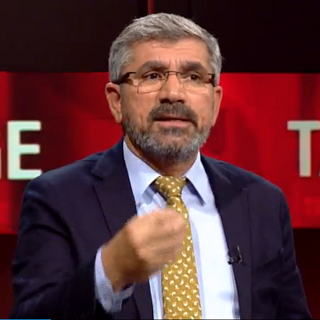 Lawyers for Lawyers (L4L) and Fair Trial Watch (FTW) are deeply shocked by the death of their colleague,  lawyer Tahir Elçi, President of the Bar Association of Diyarbakir in southeast Turkey. Elci was shot in the head in broad daylight on Saturday 28 November, immediately after a press conference and died on the spot.

During the press conference, Elçi, a widely respected human rights lawyer, called for an end to the rising violence which has held Turkey in its grip for months.

Since 1992, Elçi worked tirelessly and with a risk to his own life for the victims of human rights violations in south-eastern Turkey, caused by the conflict between the Turkish army and the PKK. He brought several cases before the European Court of Human Rights. During the recent turmoil in South-East Turkey, he organized, in his capacity as Dean of the Bar Association of Diyarbakir, fact-finding missions and documented human rights violations.

L4L and FTW have for some time had grave concerns about the increasing impunity and numerous human rights violations in Turkey. Last month, FTW and L4L, together with three lawyers from Turkey, brought these matters to the attention of the Dutch Parliament by means of a petition. The murder of Tahir Elçi is a tragic and striking example of this escalating situation.

Please also see to the letter that L4L, Lawyers’ Rights Watch Canada and FTW wrote to the Turkish authorities in October 2015, after a criminal investigation was launched against Elçi in connection with his remarks on CNN Turk.

On 1 December, the United Nations Special Rapporteur on the independence of judges and lawyers, Mónica Pinto, condemned the recent killing of human rights lawyer and head of the Diyarbakir Bar Association Tahir Elçi, and called for a full independent investigation. Read more.