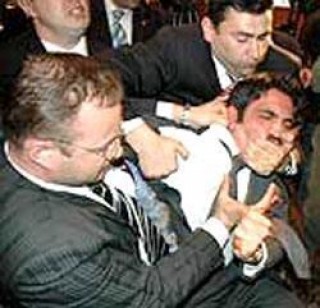 Early in the morning of 18 January 2013, police forces launched raids in seven provinces of Turkey. It is understood that during these raids, at least fifty-five people, including 15 lawyers, have been taken into custody on suspicion of links with the left group DHKPC. Nine of these fifteen lawyers are reportedly members of the Progressive Lawyers’ Association (ÇHD), including an executive board member of the association, Güçlü Sevimli, and president of the Istanbul branch of the ÇHD, Taylan Tanay. Furthermore, an arrest warrant has been issued for the ÇHD President, Selçuk Kozağaçlı, after police failed to locate him during the raids.
L4L will monitor the situation of the recently arrested lawyers closely, as well as the situation of 46 lawyers who are suspected of having ties with the Union of Communities in Kurdistan (KCK), and are now standing trial in Silivri, Turkey.
vorige    |   volgende