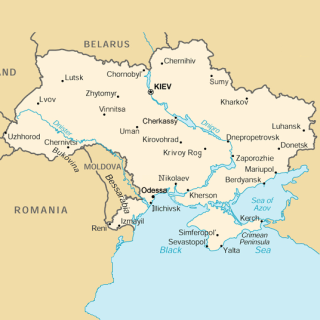 Ukraine’s new government faces tremendous challenges. Two core issues to tackle are the economic turmoil and separation threats. Recent reports from two international lawyers organisations indicate undue interference with the operation of the legal profession by State officials. To guarantee adequate protection of human rights of all persons in the country, the government should also be willing to strengthen the rule of law.

Establishment of new Bar Association
In a submission for Ukraine’s Universal Periodic Review in 2012, L4L urged the Ukrainian authorities to legally enact a nationwide bar association with an adequate mandate to represent the interests of the legal profession. Our call was obeyed sooner than we thought. On August 15, 2012, a new Ukrainian law ‘On Legal Profession and Practice of Law’ came into effect, providing for a unified self-governing national association of lawyers. Although the new law provided an opportunity to strengthen the independence of the legal profession, Ukrainian lawyers told L4L from the start to fear that the reform would be used to bring the new bar association under state control. Recent reports from the International Commission of Jurists (ICJ) and the Council of Bars and Law Societies of Europe (CCBE) show that there are reasonable grounds for these concerns.

Undue interference by state officials
The ICJ report states that there are indications that the way in which the reform was implemented ‘led to the use of powers of public authorities for inappropriate purposes’. Events surrounding the founding process and the registration of the new bar association would point to ‘possible interference with the operation of the legal profession by State officials’ as well as to the ‘harassment of individual lawyers’. The establishment of the new national bar association has led to a conflict within the legal profession, and to the abuse of the disciplinary system.

Split in legal profession
The conflict in the profession came to a head when certain regional lawyers-delegates were prevented from taking part in the founding Constituent Congress for the establishment of the new bar association in November 2012. In the end, more than half of the lawyers-delegates did not participate in the Congress. Instead, they held a parallel Congress on the same day, resulting in the establishment of two National Associations of Lawyers, of which only one was formally recognised by the authorities.

Disbarment of lawyers on improper grounds
Following the split in the profession, a wave of disbarments of lawyers occurred. Disciplinary actions were taken against individual lawyers who were somehow involved in the alternative national bar association or did not participate in events of the officially recognised bar association, apparently for actions not contrary to professional standards. The way the decisions to initiate disciplinary proceedings against lawyers were taken would indicate that they were use used for reasons ‘other than those related to the their professional activities’. Lawyers would also be subjected to criminal prosecutions in relation to their lawful actions for lawyers’ bodies.

Violation of international standards
The suspension and disbarment of lawyers connected with the establishment of the new bar association, are in violation of several international standards, among them the UN Basic Principles on the Role of Lawyers. The Basic Principles require the State to ensure that disciplinary sanctions are not unfairly or arbitrarily imposed on lawyers for action taken in accordance with the legitimate exercise of their professional duties, and in accordance with accepted standards of professional conduct.