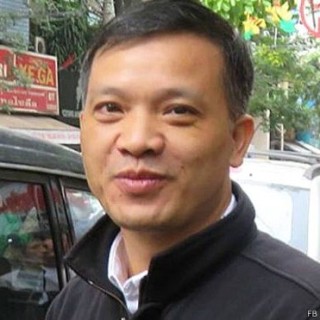 In November 2017, Media Legal Defence Initiative – on behalf of Lawyers for Lawyers, Lawyers Rights Watch Canada, PEN International and Viet Tan – submitted a Follow-Up Procedure to the United Nations Working Group on Arbitrary Detention (WGAD). In June 2017, the WGAD published an Opinion calling for the immediate and unconditional release of the prominent Vietnamese human rights lawyer and blogger Nguyen Van Dai. Until now, the Vietnamese authorities have not released Nguyen Van Dai.

Nguyen Van Dai is the co-founder of the Vietnam Human Rights Committee and a prodemocracy activist. He has provided legal assistance to government critics and members of religious minorities. On 16 December 2015, Nguyen Van Dai was arrested while he was on his way to a meeting with delegates from the European Union as part of the annual EU-Viet Nam Dialogue on Human Rights. He is accused of “conducting Propaganda against the Socialist Republic of Vietnam” under Article 88 of the Penal Code. His house was searched, items of property seized, and he was transferred immediately to a detention centre. Nguyen Van Dai was held incommunicado since without any charges being brought against him. He has been denied access to a lawyer since his arrest and his family have been unable to visit him. Despite being in poor health the Vietnamese authorities refuse to provide appropriate medical treatment.

The WGAD found that Nguyen Van Dai’s arrest and detention were arbitrary and designed to prevent him from exercising his right to freely express his views on the political and human rights situation in Viet Nam. According to the WGAD “the repetitive and systematic harassment, assault and detention of Mr. Dai by the Vietnamese authorities for more than 10 years, which was alleged by the source and not contested by the Government, indicate that Mr. Dai’s present detention is part of a pattern of persecution for his activities as a human rights defender.” Notably the Working Group also recognised that the arbitrary deprivation of liberty of persons in Viet Nam is a systemic problem and cautioned that “widespread or systematic imprisonment or other severe deprivation of liberty in violation of the rules of international law may constitute crimes against humanity.”