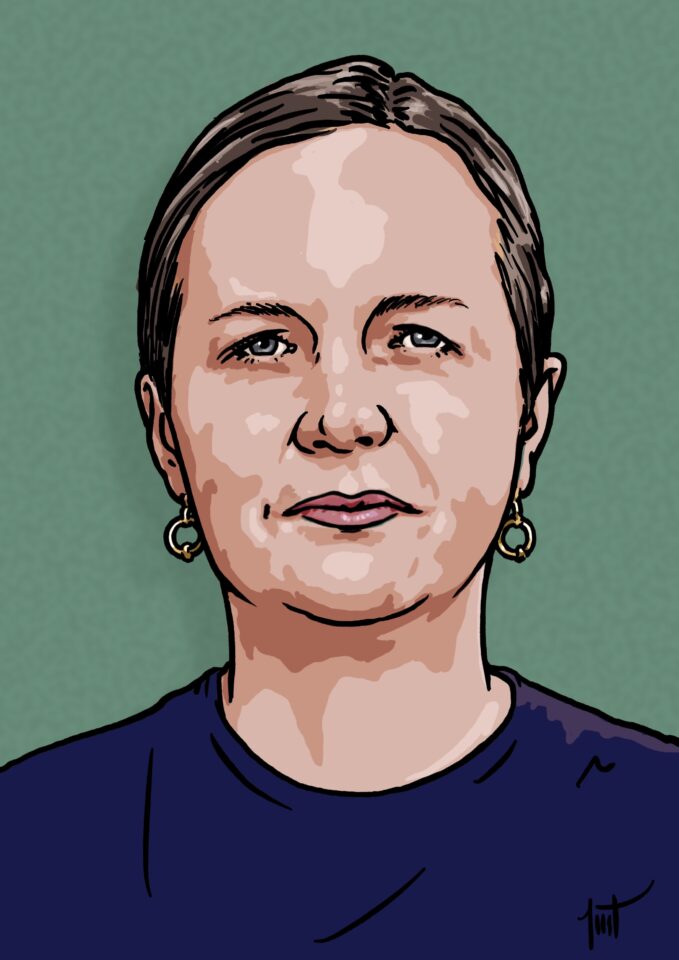 “Zimbabwe has historically been lucky in the way certain environmental areas have been protected. Now, we see the threats against the environment rising and the work of environmental defenders and lawyers becoming riskier”. According to Fiona Iliff, environmental and human rights lawyer in Zimbabwe from Zimbabwe Lawyers for Human Rights “it’s very timely to talk about environmental protection in Zimbabwe”.

For years, Iliff has been fighting to protect the wetlands of Harare, the capital city located in the Northeast of Zimbabwe. She explains that the wetlands are critical for the water supply in the area. ‘We are living in our water source. Unfortunately, there is a lot of competition for development on all open spaces, but all those open spaces are wetlands which are critical to prevent flooding, for filtration of the water, and serve a critical carbon sink function. Now due to these development projects, the wetlands are impacted, which has led to siltation of dams lessening their storage capacity, water pollution, flooding, and increases of waterborne diseases in areas that have been flooded.’

Iliff describes that environmental litigation has been picking up over the past few years. Previously, the local governments were protecting the wetland areas and national parks as open green spaces. But now that the councils are struggling for funding, they have started selling off public areas to private developments. Most of Iliff’s environmental cases focus on challenging these commercial projects, like housing developments. Iliff explains that there is a lot of corruption, and the selling of the land happens without public consultation: ‘the public only really finds out about it when they see the developments going up’.

Another issue is that a lot of Zimbabwe’s national parks and communal areas contain a lot of valuable minerals. Many mining companies have started to come in, ‘which is going to have an extremely detrimental effect on the environment and on the traditional communities living in these areas’ according to Iliff. ‘Overall, environmental protection is not a priority for the government.’ It is relatively easy for mining companies to start mining activities, as Iliff explains that ‘unfortunately, the legislation permits for the government to very easily change the designated use of communal land and allow for government projects and mining projects to take place. And it’s the same with the national parks, although they’re protected as national parks, the Mines and Minerals Act allows for mining to take place in those parks, if special consent has been granted for that’.

What is helpful in these cases is that Zimbabwe’s constitution protects citizens’ right to a healthy environment. Still, it has been difficult to get a judgment that sets a strong precedent with regards to environmental protection. ‘Our courts are not as confident as we would like them to be on protecting the right to a healthy environment. Since our cases are starting to impact high profile business interests they are becoming more political, and the courts are more restrained on political issues. The wins that we have had have mostly been based on technicalities rather than substantive rights.’

With environmental litigation taking off in Zimbabwe, the cases are becoming more high profile, which has also raised the stakes for companies who are involved in the development projects. According to Iliff, the big businesses have started suing environmental defenders for defamation, and Iliff and her colleagues are supporting the defenders in these cases. She also explains that lawyers are facing quite some pressure: ‘In a recent case our clients, an environmental organization, received a phone call from the authorities threatening them not to instruct a particular high profile lawyer, who is one of my colleagues, in one of their cases, otherwise they would not work with the organisation anymore. Also, through proposed legislation the government is creating an increasingly hostile environment for civil society and lawyers, for instance through amendments to the Legal Practitioners Act which would restrict the independence of the Law Society, and to the Private Voluntary Organisations Act which would restrict the operations of NGOs.’

Access to information is a huge problem as well. Iliff describes how she and her colleagues have had to start a lawsuit to gain access to documents needed for litigation. ‘Basically, what they would say is ‘if you want to see an Environmental Impact Assessment (EIA), you have to pay 250 US Dollars and you are not allowed to make any copies of the documents’. So, you had to sit in their office and take notes. In our case we argued that this practice was unconstitutional, which was successful, so in theory access should be better now.’ But still Iliff and her colleagues struggle to obtain information. Often, according to Iliff, it is unclear if an EIA has even been conducted and sometimes it appears that official documents in registries have been altered.

Iliff states that she does see the operating environment becoming more tense and restrictive. Still, she is optimistic about the judgments and the future of environmental litigation in Zimbabwe: ‘We are lucky to have the right to a healthy environment in our Constitution, a right only just recently recognized by the UN General Assembly, so we can litigate and have a clear course of action. It’s just that the authorities are unable or unwilling ensure that right. So, it looks nice on paper, but the practice isn’t quite there yet’.