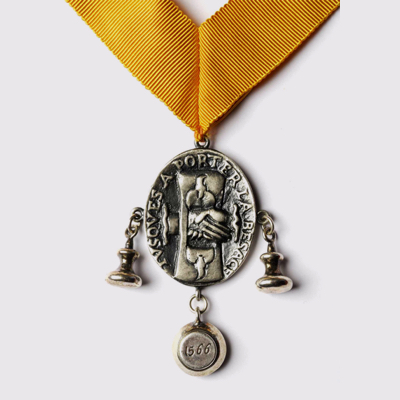 Geuzenpenning 2022 awarded to Lawyers for Lawyers

Kathleen Ferrier, chairwoman of the Geuzenpenning foundation: “A free and independent professional practice of lawyers is indispensable for the rule of law and of great importance for the protection of human rights everywhere in the world.”

“Lawyers play a crucial part in upholding the rule of law,” says Sophie de Graaf, Executive Director of Lawyers for Lawyers. “They stand up for the rights of their clients, inside and outside the courtroom, and play an important role in protecting human rights. But lawyers are under pressure. All over the world they are threatened, face improper interferences, are physically attacked or imprisoned by the government because of the clients they have, the nature of the cases they work on or the attention they draw to the protection of human rights, democracy and the rule of law. These lawyers pay a heavy price for their work, and sometimes with their lives, to stand up for the rights of others.”

De Graaf: ,,The fact that Lawyers for Lawyers has now received the Geuzenpenning for our work is an incredible honor for us, but above all underlines the fundamental importance of the work of the courageous lawyers involved. They deserve all our support. This support is more important than ever, since the rule of law is under widespread pressure.”

The Geuzenpenning will be awarded on Monday 14 March 2022 in the Grote Kerk in Vlaardingen. This will be done by Geert Corstens, former president of the Supreme Court of the Netherlands. The 2021 laureate, Malgorzata Gersdorf, will also receive the Geuzenpenning. Last year, the former President of the Polish Supreme Court was unable to come to the Netherlands due to the corona crisis. Kathleen Ferrier: ,,Independent justice is a pillar of democracy. A free and independent legal profession is an essential part of this. We draw attention to this with these brave laureates. We think with great respect of Derk Wiersum, who was murdered in the course of his profession.”

Chairwoman Kathleen Ferrier, is also a member of the Advisory Council of the Netherlands Institute for Human Rights, board member of the Anne Frank House and chair of the Dutch Unesco Commission.

The Geuzenpenning has previously been awarded to individuals such as the Tunisian human rights lawyer Radhia Nasraoui (2013), the Swedish human rights activist Thomas Hammarberg (2014), Alice Nkom and Michel Togué (2017), two lawyers from Cameroon who support arrested members of the LGBTI community, and to organizations such as Free Press Unlimited (2015), MOAS (2016), Girls Not Brides (2018), Alejandro Solalinde (2019) and the Saudi human rights organization ACPRA (2020).

The official press release from the Foundation Geuzenpenning can be found here (in Dutch): https://geuzenpenning.nl/lawyers-for-lawyers-krijgt-geuzenpenning-2022/