Home » News » Global Day of Action for the Philippines: concerns about extrajudicial killings 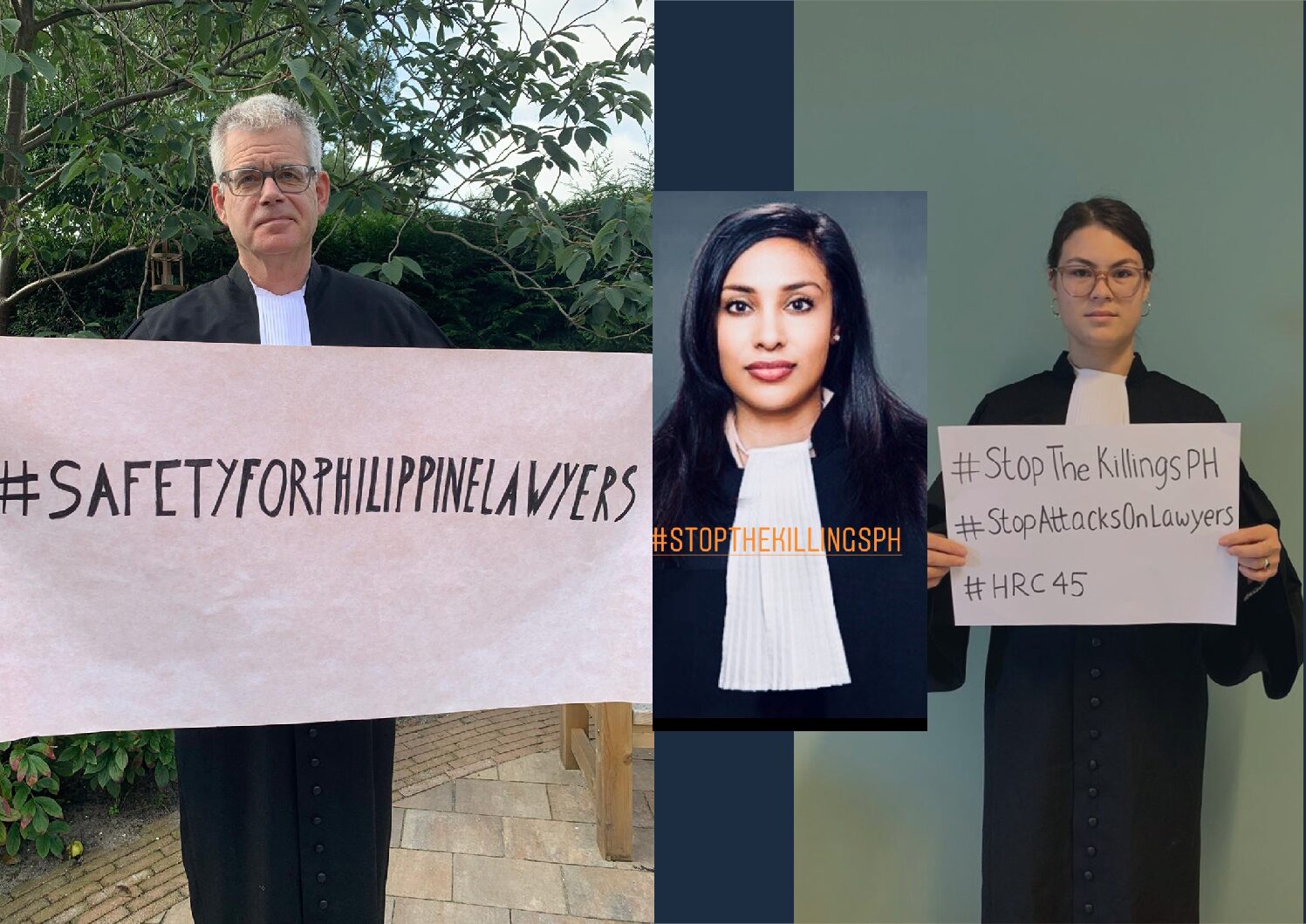 Global Day of Action for the Philippines: concerns about extrajudicial killings

In the context of the continued counterinsurgency program and the so called ‘war on drugs’ that officially began on July 1, 2016 many attacks on lawyers have taken place. Most of these are a result of legal workers discharging their professional duties. Especially at risk are lawyers representing people accused of terrorist or drug related crimes, or government critics, such as journalists, political opposition leaders, and human rights defenders.

Another reason for concern is the practice of so-called labelling or ‘red-tagging’ of lawyers and lawyers’ groups in connection with the clients they are representing . This publicly branding of individuals, organizations or institutions as ‘communists’, ‘leftists’, or ‘terrorists’, regardless of their actual beliefs or affiliations is used as a strategy against those who are critical of the government and are therefore perceived to be ‘enemies’ of the State. The practice of labelling – combined with the culture of impunity – has been identified by national and international fact-finding missions as one of the root causes of extrajudicial killings in the Philippines in the past.

Since President Duterte took office on June 30, 2016, the number and intensity of attacks against lawyers have increased significantly. At least 41 lawyers and prosecutors were killed between July 2016 and 5 September 2019, including 24 practicing lawyers. Furthermore, it was reported that from 6 September 2019 until 26 February 2020, at least seven more lawyers were killed.