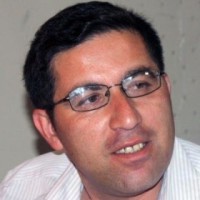 In a joint letter to the Minister of Justice of the Republic of Tajikistan, Lawyers for Lawyers and Freedom Now have expressed their concern about the on-going imprisonment of lawyer Buzurghmehr Yorov.

On 6 October 2016, Mr. Yorov was found guilty for several violations of the Criminal Code and sentenced to 23 years imprisonment. In 2017, his sentence was increased with 5 years for insulting government officials. Mr. Yorov received a total sentence of 28 years, which was reduced by six years in the mass amnesty of December 2019.

The United Nations Working Group on Arbitrary Detention concluded in 2019 that Mr Yorov’s imprisonment was unmotivated and a violation of several international standards. They ordered the immediate release of Mr. Yorov, without success.

According to our information, Mr. Yorov has suffered serious ill-treatment and is at grave risk at the moment. On 16 November 2022, he was placed in solitary confinement in a punishment cell for expressing its disagreement with the President. Here, Mr. Yorov is reportedly tortured, which has even led to hospitalization. On 17 November, Mr. Yorov is transferred to a different prison without notice to the Ministry of Justice or his family. He was held incommunicado until 10 December, when his wife was allowed to visit him and noticed he had bruising on his neck and face, a sign of mistreatment.

– Immediately and unconditionally release Mr. Yorov in compliance with the WGAD decision; and

– Ensure his safety and health according to international standards.