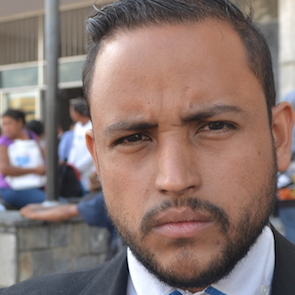 Front Line Defenders and Lawyers for Lawyers are deeply concerned about the ongoing targeting of human rights defenders, including lawyers, and non-profit organisations, in Venezuela in the context of the continuing humanitarian crisis and its exacerbation caused by the impact of COVID-19. According to local and international bodies, including the Independent Fact Finding Mission of the UN Human Rights Council, human rights violations take place systematically in the country and mainly target: anti-government protesters; non-profits providing humanitarian aid; journalists reporting on the human rights situation (such as precarious conditions in hospitals); trade unionists; health professionals speaking out about dire labour conditions; lawyers performing their legal profession and defending the human rights of their clients (such as patients who have been denied medical treatment). On 16 September 2020, Front Line Defenders and Lawyers for Lawyers have sent a letter to the Venezuelan authorities and other relevant stakeholders to express their concern about the judicial harassment of human rights defender and lawyer Henderson Maldonado.

While the acute human rights crisis has become further aggravated since 2015, a large number of civilians and human rights defenders – particularly journalists and lawyers – are being criminalised or held in detention for carrying out their professional activities and for being present at demonstrations related to access to public services and medical treatments. The charges of “treason”, “insurrection” (rebelión) and “assaulting guards” (ataque al centinela) are among the most commonly used to criminalise the legitimate exercise of the rights to freedom of expression and peaceful assembly.

The arbitrary detention, torture and judicial harassment of human rights defender and lawyer Henderson Maldonado reflects this worrying trend towards criminalisation. Maldonado is the legal coordinator of the non-profit Movimiento Vinotinto and an active member of Red de Derechos Humanos del Estado Lara, Civilis Derechos Humanos and the Programa Venezolano de Educación Acción en Derechos Humanos (PROVEA). He has defended over 200 people who have faced State repression in the context of peaceful protests, including teachers, trade unionists, health workers, those with serious illness, artists and families of people killed as a result of police violence.

Henderson Maldonado was arbitrary detained on 31 March 2020 and physically attacked by officials of the Bolivarian National Guard (BNG) in the city of Barquisimeto, Lara State, while recording a video of a demonstration organised by kidney patients that he represents. The patients were denied access to medical treatment due to COVID-19 related restrictions. During his detention, Mr. Maldonado was threatened, tortured and subjected to cruel and degrading treatment by officials of the BNG. The human rights lawyer was released on t1 April 2020 however, the Superior Prosecutor of Lara State charged him with “inciting the public to violence” and “resistance to authority” (Articles 285 and 218 of the Criminal Code), and imposed a precautionary measure requiring him to present himself before the court every 30 days. It is with great concern that Front Line Defenders and Lawyers for Lawyers have written a letter to the Venezuelan authorities and other relevant stakeholders to respectfully request and urge them to dismiss the case against Mr. Maldonado and to guarantee in all circumstances that all human rights defenders and lawyers in Venezuela can carry out their legitimate professional rights and duties without fear of retaliation and free from all restrictions, including judicial harassment.

Front Line Defenders and Lawyers for Lawyers stress emphatically that the violations faced by the human rights lawyer Henderson Maldonado, do not correspond to an isolated case, but rather to a broad strategy of persecution, stigmatisation and systematic criminalisation of human rights defenders, including lawyers, in Venezuela. We respectfully remind the authorities that Venezuela that the United Nations Declaration on Human Rights, unanimously adopted by the General Assembly of The United Nations on December 9, 1998, recognizes the legitimacy of the activities of human rights defenders, their right to freedom of association and to carry out their activities without fear of reprisal. In this context, we request the Venezuelan authorities to adopt without delay, effective mechanisms to recognise the valuable work that human rights defenders, including lawyers, carry out and guarantee their protection from arbitrary detention, imprisonment or exile and the protection of every person individually or collectively, against all violence, threats, retaliation, discrimination, pressure or any other arbitrary action resulting from the legitimate exercise of the rights mentioned in the United Nations Declaration on Human Rights.