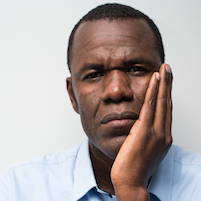 In a joint letter the Colombian Caravana, Lawyers for Lawyers and several other organizations expressed concern about the recent threats made against Colombian human rights lawyer Adil Meléndez.

Adil Jose Meléndez Marquez is a prominent Colombian human rights lawyer. He is one of the few lawyers in the country working on land restitution cases, and the prosecution of the (para)military in the northern Bolivar region. As a result of his work he has often been targeted and threatened. Over the past few years there have been multiple attempts to assassinate him.

On 6 December 2019 Adil Meléndez received threats through a phone call, which he promptly reported to the relevant authorities. Mr Meléndez believes these threats to be directly linked to his work as a lawyer representing alleged perpetrators who wish to testify before the Special Jurisdiction for Peace (JEP) to tell the truth. These threats not only obstruct Mr Meléndez’s ability to freely discharge his mandate as a lawyer but also impinge on the right to access to justice and the victims’ right to truth, justice, reparation and non-repetition, which constitute the foundations upon which rest the entire Colombian transitional justice framework.

In March 2019 Lawyers for Lawyers together with several other organizations expressed concerns about the withdrawal of some security measures from Mr Meléndez. So far, we have received no information to indicate that the protection measures provided for Adil have been improved. Especially considering these recent threats, Mr Meléndez’s protection scheme does not reflect his current risk situation.

Lawyers for Lawyers and the other undersigned organizations therefore call upon the National Protection Unit to promptly review Mr Meléndez’s protection scheme in light of his heightened risk situation and to liaise with the relevant prosecution services to ensure that the most recent threats against Mr Meléndez are promptly, impartially, independently and effectively investigated.