Home » News » Joint statement: 10 years since the unjust arrest of four lawyers at the UAE 94 trial 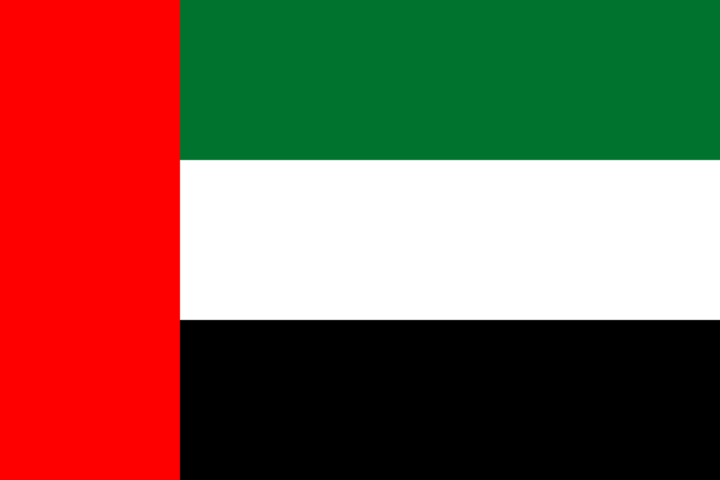 This year marks ten years since the arrest of four lawyers at the mass “UAE 94” trial that saw the unjust imprisonment of dozens of government critics and reform activists in the United Arab Emirates (UAE). Having completed their prison sentences, these lawyers are set to be released either this year or next year. However, Lawyers for Lawyers (L4L) and the International Campaign for Freedom in the United Arab Emirates (ICFUAE) are concerned that the lawyers might be kept in detention centres instead under a vaguely worded counterterrorism law.

In July 2013, a group of 69 lawyers, human rights defenders and intellectuals were sentenced to 10 years in prison for plotting to overthrow the government. This event is referred to as the “UAE 94” trial. Among those prosecuted in this mass unfair trial are four UAE lawyers:

Dr. Al-Roken is well-known for defending victims of human rights violations in the UAE. He defended some members of the “UAE 5”, five individuals sentenced to two to three years’ imprisonment in 2012 for having expressed criticism of government policies. In recognition of his courageous human rights work, Dr. Al-Roken was shortlisted as a finalist for the 2017 Lawyers for Lawyers Award.

Al-Roken was arrested on 17 July 2012, after calling for political reforms in the country and signing an online petition calling for democratic reforms in March 2011. On 2 July 2013, Dr. Al-Roken was sentenced to 10 years imprisonment with additional administrative control measures and was prohibited from practicing his profession as a lawyer. Following his arrest, Dr. Al-Roken was detained in solitary confinement at an undisclosed location for eight months, without access to his lawyer and his family.

Dr. Mohamed al-Mansoori is a prominent lawyer working on human rights issues and was the former head of the United Arab Emirates Jurists’ Association board, which was dissolved by the authorities in 2011. He was arrested on 16 July 2012 after signing an online petition calling for democratic reforms. On 2 July 2013, he was sentenced to 10 years in prison. Dr. Al-Mansoori was not allowed to contact his family for over a year.

Salem al-Shehhi was Dr. Mohammed al-Roken’s and Dr. Mohammed al-Mansoori’s lawyer. He was arrested on 18 July 2012 at the offices of the State Security Prosecutor where he sought information about his clients. On 2 July 2013, he was sentenced to 10 years in prison.

Hadif al-Owais, lawyer and university professor from Sharjah, was arrested on 11 September 2012 after publicly expressing his willingness to defend the detainees. He was also sentenced to 10 years in prison on 2 July 2013.

With their prison sentences coming to an end, the lawyers are expected to be released either this year or next year. However, L4L and ICFUAE are concerned that the lawyers might be kept in ‘counselling’ centres instead under the vaguely worded Federal Law No. (7) of 2014 on Combating Terrorism Offences. This law allows the authorities to detain individuals in Munasaha centres, also known as ‘counselling’ centres, aimed at ‘enlightening and reforming’ prisoners on the grounds that they allegedly pose a threat to state security and are in need of rehabilitation. Numerous political prisoners in the UAE are currently arbitrarily detained beyond their sentence under this law. This includes individuals who were convicted in the UAE 94 trial.

Human rights organisations and the United Nations Working Group on Arbitrary Detention (WGAD) condemned the “UAE 94” mass trial for failing to uphold minimal fair trial guarantees. On 22 November 2013, the WGAD issued an opinion recognising the arbitrary nature of the detention of Dr. Al-Roken and 60 other defendants in the “UAE 94” trial. The Working Group further raised concerns about the flagrant breaches of fair trial guarantees and urged the government to release them and provide them with adequate reparation.

On 11 June 2021, Ms. Mary Lawlor, Special Rapporteur on the situation of human rights defenders, expressed serious concerns in relation to the long-term imprisonment of five human rights defenders, including Hadif al-Owais. She urged the Government of UAE to immediately release them and stated that “they should have never been detained in the first place for legitimately exercising the freedoms that all people are entitled to.”

On 16 September 2021, the European Parliament adopted a Resolution calling for the immediate and unconditional release of all human rights defenders, political activists and peaceful dissidents detained in the country, including lawyer Dr. Al-Roken.

Article 16 of the United Nations (UN) Basic Principles on the Role of Lawyers states that governments must ensure that lawyers “are able to perform all of their professional functions without intimidation, hindrance or improper interference.” The Principles further require that lawyers “shall not suffer, or be threatened with, prosecution or administrative, economic or other sanctions for any action taken in accordance with recognized professional duties, standards, and ethics.” Moreover, lawyers have the right like any other individual, to freedom of expression and to take part in public discussion of matters concerning the law, the administration of justice, and the promotion and protection of human rights (Basic Principle 23).

In view of the above, L4L and ICFUAE urge the UAE authorities to immediately and unconditionally release Dr. Mohammed al-Roken, Salem al-Shehhi, Dr. Mohammed al-Mansoori, and Hadif al-Owais and put an end to all acts of harassment against them, including at the judicial level, and to take all necessary measures to guarantee the physical and psychological integrity and security of all four lawyers.

A PDF of the statement can be found here.