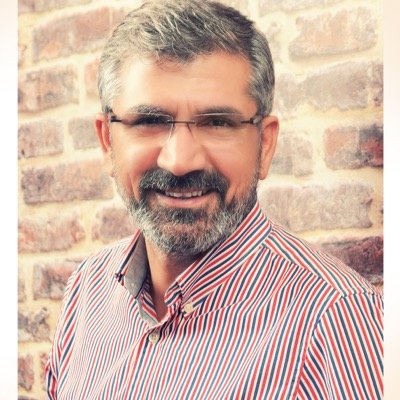 Lawyers for Lawyers, together with 42 other organizations, raised concerns about the lack of effective investigation into the killing of lawyer Tahir Elçi in a joint statement. We call on the Turkish authorities to ensure that, amongst other things, the case is heard by an independent, impartial, and competent court that is capable of establishing the facts and truth around the killing of Mr. Elçi.

Tahir Elçi was a prominent figure within the international and domestic lawyers’ community. He had practiced law for around 25 years. At the time of his death, he was the President of the Diyarbakir Bar Association. He was well known for having acted for victims in a number of leading cases brought before the European Court of Human Rights (ECtHR) concerning, for example, the forced evictions of Kurdish villages, enforced disappearances, summary executions, and torture and ill-treatment by the security and/or state-affiliated forces.

On 12 October 2015, during a TV interview, he shared his views on the Kurdish issue and the end of the peace process on a national channel, CNN Turk. Following his interview, he received numerous death threats and insults through social media and telephone. A few days later, after a request from the Bakırköy Public Prosecutor, an arrest warrant was issued against him by the Bakırköy 2nd Criminal Judgeship of Peace. He was arrested and subsequently charged with an alleged offence of “propagandising for a terrorist organisation through the press,” which carries a sentence of imprisonment of up to 7.5 years.

During the summer of 2015, violent clashes occurred between the Kurdistan Workers’ Party (PKK) and the Turkish state forces in south-eastern Turkey. The government adopted stringent measures affecting the lives of thousands of civilians in the region and imposed 24-hour curfews in many cities, sometimes for months on end. Tahir Elçi, amongst others, commenced legal actions against the unlawful security measures of the government and its local administrative personnel. He also advocated to address the increasingly violent situation in the region. As a part of these activities, as the president of Diyarbakir Bar Association, he helped to organise a press conference to draw attention to the damage inflicted on the cultural and historic heritage in the region during the armed clashes. The press conference took place in front of a historic minaret damaged by security operations on the morning of 28 November 2015. During this conference, an armed clash took place between two armed PKK militia members and the police, during which Tahir Elçi was shot dead. His killing was publicly denounced by the international community.

Concerns about lack of effective investigation

The signatory organisations have been following recent developments in the case involving the prosecution of police officers allegedly involved in the killing of human rights lawyer Tahir Elçi in November 2015. We are concerned that the prosecution, as well as the court before which this case is being heard, fails to respect fair trial rights. We are further troubled by the Turkish authorities’ continued violation of Turkey’s international legal obligations to carry out a prompt, effective, impartial, and independent investigation into the death of one of its citizens and to ensure a fair trial by an impartial and independent tribunal for those accused of the killing of Tahir Elçi. The first hearing in this case raises significant doubts that proceedings will be independent, impartial, and capable of establishing the facts and truth around the killing of Mr. Elçi and holding accountable those responsible for that killing, in accordance with international law binding on Turkey.

We are also concerned that the rights of the family of Tahir Elçi have not been respected during the criminal proceedings, as required by the Turkish Code of Criminal Procedure. Mr. Elçi’s family members have not been assured of their right to full and effective remedies and a fair trial, as guaranteed by Turkey’s international obligations, including access to justice and reparations as set out in the Minnesota Protocol.

PDF – version of the full statement