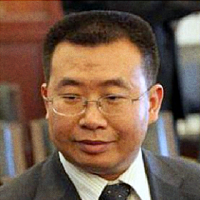 Two years ago, on the 28th of February 2019, Chinese lawyer Jiang Tianyong was officially released from prison after serving a two-year prison sentence for ‘inciting subversion of state power’. However, since his release, Mr Jiang has been kept under strict house arrest, which means that he remains de facto detained. This is an example of ‘Non-Release Release’, a practice that is increasingly used by Chinese authorities as a way to continue the detention of lawyers and activists after their release from formal detention in prison. Lawyers for Lawyers and China Human Rights Lawyers Concern Group are concerned about the continuous house arrest of Mr. Jiang.

Until his arrest, Mr Jiang had worked as a Chinese human rights lawyer, taking on so-called ‘sensitive’ cases since 2004. He defended fellow lawyers and human rights defenders, including Chen Guangcheng and Gao Zhisheng; defended the rights of a large number of Falun Gong practitioners and petitioners who suffered from various injustices; and documented cases of forced labour in coalmines. Mr Jiang also actively involved in organising support for the families of detained lawyers after the ‘709 Crackdown’ in 2015.

On 22 August 2017, Mr Jiang was convicted and sentenced to two years’ imprisonment and three years’ deprivation of political rights by the Changsha Intermediate People’s Court for the offence of ‘inciting subversion of state power’. Mr Jiang’s family-appointed defence lawyer did not receive notice of the trial. During his time in prison, Mr Jiang was refused visits from his family for certain periods of time, and was regularly forced to take medicine that affected his memory and caused physical weakness. The authorities’ failure to provide Mr Jiang with appropriate medical care inflicted enduring health problems on him.

Mr Jiang has hitherto been placed under a strict house arrest since his release from prison exactly two years ago today. He is under continuous police and camera surveillance, and is not allowed to leave the premise without a police escort. He is not allowed to leave the People’s Republic of China, which means that he has been unable to reunite with his family living in the United States. His parents and younger sister, who live in the People’s Republic of China, are also under surveillance and are harassed by the authorities. People that visit Mr Jiang at his house are confronted by the authorities, who require the visitors to produce identification and frequently interrogate them.

Mr Jiang’s treatment by the Chinese government is a violation of his rights, specifically of Article 37 of the Chinese Constitution, which guarantees freedom of movement. It is also a violation of his rights under international human rights laws, such as Article 13 of the Universal Declaration of Human Rights (the right of liberty and freedom of movement) and Article 9 of the Universal Declaration of Human Rights (prohibition of arbitrary detention). Moreover, according to the UN Declaration of Human Rights Defenders, the Chinese government should protect the rights of everyone to exercise and defend human rights, as Mr Jiang has done, without the risk of violence, threat or reprisals. Furthermore, in accordance with Principle 16(a) of the Basic Principles, governments must ensure that lawyers “are able to perform all of their professional functions without intimidation, hindrance, harassment or improper interference”. Principle 16 (c) of the Basic Principles lays down that, governments shall ensure that “lawyers shall not suffer, or be threatened with, prosecution or administrative, economic or other sanctions for any action taken in accordance with recognized professional duties, standards and ethics’’.

The continued detention of Mr Jiang through this house arrest fits into the larger phenomenon of the so-called ‘Non-Release Release’ (“NRR”). NRR has been used increasingly by the Chinese government to silence potential dissidents. NRR is the extra-legal and extra-judicial practice of continuing to informally detain someone after they have been set free under the law, for example, after completing a prison sentence. According to our information, the Chinese authorities regularly impose NRR on activists and lawyers that have officially been freed from prison. NRR can last for days or months, but, as in the case of Mr Jiang, also for several years. NRR also impacts friends and family members, who are subjected to police surveillance and arbitrary interrogation in an attempt to intimidate and harass the actual targets of the authorities. If, when and how Mr Jiang’s NRR and travel restrictions will be suspended, are unknown.

Lawyers for Lawyers and China Human Rights Lawyers Concern Group urge the government of the People’s Republic of China to: