Home » News » Judgement of the ECtHR in the case of Bagirov v. Azerbaijan 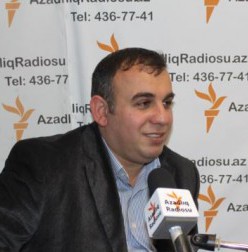 Judgement of the ECtHR in the case of Bagirov v. Azerbaijan

On 25 June 2020, the European Court of Human Rights (ECtHR), found that the suspension from legal practice and disbarment of laywer Khalid Bagirov from Azerbaijan violated his rights to freedom of expression and to respect for private life, laid down in Articles 10 and 8 of the European Convention on Human Rights (ECHR).

On 10 July 2015, the Nizami District Court decided to order the disbarment of lawyer Khalid Bagirov for the remarks Bagirov made about a judge in the courtroom when representing his client in another case. Bagirov’s license to practise law was already suspended on 10 December 2014. The Presidium of the Bar Association at that time also filed an application to court to exclude him from the Collegium of Advocates. The submission was reportedly based on a complaint issued by the Sheki Court to the Bar Azerbaijan. It was alleged that Bagirov breached professional ethics when he questioned the fairness of a court decision in the case against one of his clients, opposition-leader Ilgar Mammadov.

In relation to the disbarment, Bagirov filed an application before the ECtHR in January 2015, citing that his freedom of expression had been violated under Article 10 of the ECHR. On 13 July 2015, Mr Bagirov was officially notified by the ECtHR that it would review his case despite domestic remedies being unexhausted.

Judgement of the ECtHR

In relation to Article 10 ECHR the Court ruled that the reasons given by the domestic courts in support of Bagirov’s disbarment were not “relevant and sufficient, and that the sanction imposed on the applicant was disproportionate to the legitimate aim pursued”. Moreover, the Court notes that disbarment “cannot but be regarded as a harsh sanction, capable of having a chilling effect on the performance by lawyers of their duties as defence counsel”.

The Court also found a violation of Article 8 of the ECHR (right to a private life) in connection to Bagirov’s supsension and disbarment. The Court noted that “in a series of cases it has noted a pattern of arbitrary arrest, detention or other measures taken in respect of government critics, civil society activists and human rights defenders. Against this background, the Court underlines that, notwithstanding the duties, in particular, with respect to their conduct, with which all lawyers must comply, the alleged need in a democratic society for a sanction of disbarment of a lawyer in circumstances such as this would need to be supported by particularly weighty reasons”. The Court ruled that such weighty reasons were not established by the domestic courts in this case.

Under Article 46 ECHR, the Court ordered the Azerbaijani government “to ensure the maximum possible reparation”. They also ruled that the authorities should put Bagirov, as far as possible, in the position in which he had been prior to his disbarment.

Moreover, the Court ordered Azerbaijan to pay Bagirov €18,000 in damages.

Actions of Lawyers for Lawyers

Over the years, Lawyers for Lawyers called upon the Bar Association of Azerbaijan to lift the suspension of Khalid Bagirov’s license to practice and drop the disciplinary proceedings before court. Moreover, we called upon the authorities of Azerbaijan to to immediately review and cancel the decision to disbar Khalid Bagirov and return his lawyer’s license. Lawyers for Lawyers welcomes the judgement of the ECtHR.