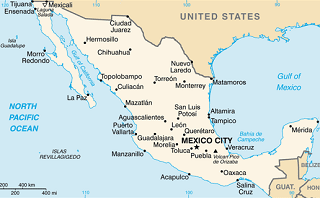 On 3rd February 2022, environmental and human rights lawyer Verónica Guerrero was killed in her car in Jalisco, Mexico. The killing was condemned by the United Nations Special Rapporteur on the Independence of Judges and Lawyers.

According to the information received, on the 3rd February 2022, lawyer Verónica Guerrero was shot in broad daylight as she was inside her vehicle in the centre of Tonalá in Jalisco, Mexico. There are strong reasons to believe her murder was directly linked to her legitimate activities as an environmental lawyer.

Verónica Guerrero was the legal representative of the neighbourhood collective Urbi Quinta. She defended the collective in its legal battle against several private companies who irregularly disposed waste in the Matatlán landfill which closed down more than 10 years ago. It is reported that prior to her murder, Verónica Guerrero had received several threats, amongst which death threats, from waste collectors who opposed the closure of the landfill.

Since December 2021, Verónica Guerrero actively engaged in protests calling for an end to the irregular use of the Matatlán landfill. After the closure of the Los Laureles landfill at the end of 2021, several companies disposed waste in Matatlán instead of disposing the waste in a sanitary landfill. This created significant disturbances and inconveniences for the neighbourhood nearby who suffered from noise pollution arising from waste trucks as well as excruciating smells. The peaceful protests held by the neighbourhood were met with threats, intimidations and aggressions which were reported to authorities in January this year. However, the authorities did not act upon them.

The United Nations Special Rapporteur on the Independence of Judges and Lawyers condemned the killing of lawyer Verónica Guerrero, and called on “the authorities to clarify the facts and to establish a legal and institutional framework to guarantee the free exercise of the legal profession”.