Home » About us » Lawyers for Lawyers Award » Alec Muchadehama

On 15 April 2011, the presentation of the first Lawyers for Lawyers Award took place in Amsterdam. Zimbabwean human rights lawyer Alec Muchadehama (left on the picture) received the prize for his “perseverance” and “exceptional courage”, according to the report of the jury. Jury President Heikelina Verrijn Stuart praised Muchadehama’s efforts at promoting the rule of law and human rights in the context of a longstanding dictatorship.

The presentation of the Award took place at the end of the seminar that L4L had organized on the occasion of the 25th anniversary. During this seminar, which was divided in two sub sessions, around fifteen experts discussed in what ways lawyers are hindered in the execution of their profession, and which strategies are effective in limiting and preventing such hindrances.

During the morning session, the ‘Basic Principles on the role of judges and lawyers’ stood central. Seven expert papers were drafted by some of the experts present, among whom UN Special Rapporteur Gabriela Knaul, Professor Theo van Boven, Phillip Tahmindjis on behalf of the International Bar Association and Wilder Tayler on behalf of the International Commission of Jurists. The papers discuss different subjects relating to the Basic Principles, such as the extent to which lawyers and governments are aware of their existence, how to use them in case of a concrete threat and how (and whether) their legal status should be raised.

During the afternoon session, lawyers Alirio Uribe Muñoz (Colombia), Arnold Tsunga (Zimbabwe), Iyas Maleh (Syria), Edre Olalia (Philippines) and Mohammad Mostafaei (Iran; from left to right on the picture) told about how they have been or continue to be hindered in the execution of their profession. Like was asked to Hans Thoolen (Martin Ennals Foundation), Professor Theo van Boven

and Special Rapporteur Gabriela Knaul, the lawyers were asked what action in their eyes is most effective in such situations. In relation to that, inter alia the role of bar associations and the availability of protective measures were discussed.

Lawyers for Lawyers looks back with pride on the celebration of its 25th anniversary and the presentation of the first L4L-Award. The outcome of the seminar offers plenty leads for further debate on the protection and independence of lawyers and the role they play in developing societies, but also for further development of the work that Lawyers for Lawyers has been doing since 25 years, and will
continue to be doing. L4L thanks Allen & Overy, NautaDutilh, CMS Derks Star Busmann, the other law firms, the different Bar Associations, her volunteers and guests for their help, input and presence at the celebration of its 25th anniversary. 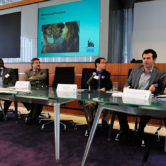 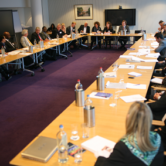 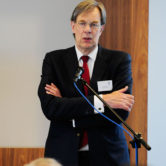 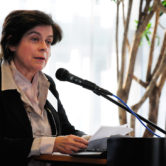 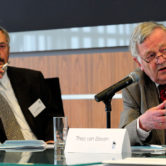 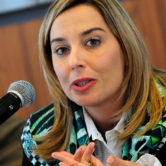 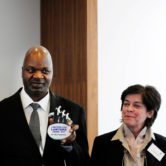 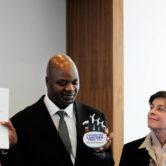 Report of the Jury