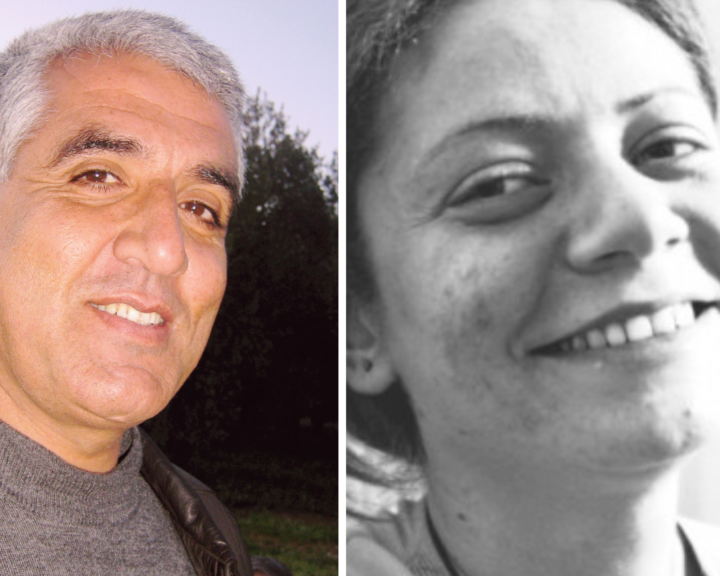 Today is Lawyers Day in Syria, a day that is celebrated by lawyers from Syria. On this day, we would like to highlight the cases of disappeared lawyers Khalil Ma’touq and Razan Zaitouneh from Syria.

Khalil Ma’touq, director of the Syrian Center for Legal Studies and Research, is a human rights lawyer who has been defending peaceful activists for more than 20 years. He and his colleague and assistant Mohammed Zaza have been missing since October 2, 2012, when they were en route from Ma’touq’s home in Sahanaya, a Damascus suburb, to his office in Damascus. It is believed that they were arrested at a government security checkpoint. The exact reasons for the arrest are unknown, but there is reason to believe their arrest is connected to their legitimate and peaceful work in human rights.

Despite repeated requests by their families and lawyers for information about their fate, their whereabouts are still unknown. The Syrian authorities have denied that they arrested the men. However, individuals released from the government’s custody in 2015 have informed Ma’touq’s family that while in detention they spotted him in various government-operated detention facilities.

Together with her husband and two colleagues, Razan Zaitouneh disappeared on 9 December 2013 in Douma, after a group of armed men stormed the office of the Violations Documentation Center. Since then, no one has heard from them.

Eight years since the arrest of Khalil Ma’touq

Today eight years ago, on 2 October 2012, prominent Syrian human rights lawyer Khalil Ma’touq and his colleague Mohamed Zaza were arrested. Since then, nothing has been heard of them and their whereabouts remain unknown. Ma’touq, director of the Syrian