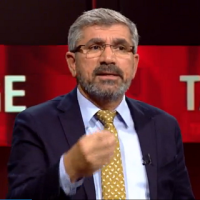 On 23 November 2022, representatives of Lawyers for Lawyers and the Fédération des Barreaux d’Europe, observed the hearing in the trial on the murder of, the late president of the Diyarbakır Bar Association. Tahir Elçi was killed by a single gunshot on the streets of Diyarbakır on 28 November 2015, during a gunfight between the police and two men who are believed to be members of the Kurdistan Workers’ Party (PKK).

Tahir Elçi was the head of the Diyarbakır Bar Association, when he was shot on 28 November 2015. The situation at the time was confusing, as many shots were fired in a short period of time, which resulted in Tahir Elçi as one of the victims. While the trial about his murder has been going on for 3 years, this is the first time a delegation from Lawyers for Lawyers attended to show their support. The trial had begun with Tahir Elçi’s widow and other relatives seeking justice, when they requested the prosecutor and the police to investigate the case to try to reveal what the circumstances surrounding his murder. Three men, two police officers and an alleged PKK fighter were arrested a few years ago but no proper indictment has been drafted yet. Relatives but also many lawyers and bar associations in Türkiye, have manifested themselves as injured parties in the trial against the suspects. Lawyers, as well as Mr. Elçi’s relatives have expressed frustration at how the prosecution and the police have been dealing with this case and have pointed to a lack of initiative taken. These were the main subjects to be discussed on the hearing of 23 November 2022.

The hearing of 23 November

The hearing in this case took place on 23 November 2022 in the Diyarbakır District Court. Two representatives of Lawyers for Lawyers attended the hearing together with the Fédération des Barreaux d’Europe and representatives from the German Embassy and the EU Delegation to Turkey, who were present as trial monitors.

During the hearing, Tahir Elçi’s widow, the current president of the Diyarbakır Bar Association, and several lawyers addressed the court to plead for more action from the prosecution. The current President of the Diyarbakır Bar Association discussed the matter of the former Prime Minister of Turkey, Mr. Davutoğlu, who shortly after the death of Tahir Elçi had publicly claimed that Mr. Elçi was the victim of a politically motivated murder. The injured parties saw it relevant to question the former Prime Minister about his knowledge at the time and asked to have him be called as a witness. While the court had agreed to this at a previous hearing, this decision was withdrawn upon a separate request from the prosecutor of a more recent date, treated by the court in absence of all other parties.

Two other lawyers were allowed to address the court and emphasized the work they had been doing to present evidence for this case, the negligence of the prosecution to accept the information they had provided and pleaded for justice and a better cooperation between them and the prosecution. Following a remark made by one of these lawyers regarding setting an example for future children, which the presiding judge did not appreciate, the judge ended the hearing and left the courtroom without hearing all requests and without setting a date for the next hearing. Through mediation by the Diyarbakır Bar Association’s president, the judges returned and representatives from other Bar Associations who had wanted to speak were allowed to do so. Many asked for thorough impartial investigations, a fair trial and some bar associations requested to be admitted as injured parties as well.

After the prosecutor shortly argued that all requests for further investigations and the admittance of bar associations not already acknowledged as injured parties should be denied, the court denied all requests including allowing those not already participating to be admitted as injured parties. The hearing was adjourned to 5 July 2023. No explanation was given for any of those decisions.

Seven years after the tragic death of Tahir Elçi and some three years since the beginning of the trial, no relevant progress has been made to uncover the reasons behind this murder. The attempts of factfinding by the prosecution have proven to be poor and insufficient and there seems to be no cooperation between them and the relatives of Tahir Elçi and the lawyers involved. With the concern that fair trial rights were breached, the need to keep monitoring these trials by the international community is apparent.