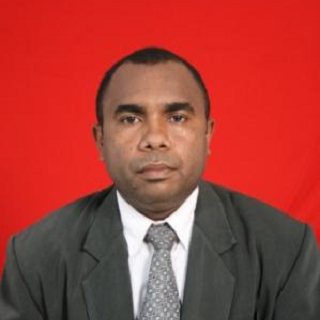 Lawyers for Lawyers has nominated Gustaf Rudolf Kawer for the International Bar Association Award 2020 for Outstanding Contribution by a Legal Practitioner to Human Rights. The award will be given to a legal practitioner who is deemed to have made an outstanding contribution to the promotion, protection and advancement of the human rights of all or any group of people, particularly with respect to their right to live in a fair and just society under the rule of law.

Gustaf Rudolf Kawer is a prominent human rights lawyer in Indonesia, known for his outstanding contribution to the promotion, protection and advancement of the human rights of all, and of the Papuan people in Indonesia in particular. He has shown great determination, dedication and courage in his work.

Gustaf started his career by volunteering for two years at the Papuan Legal Aid Foundation (LBH) and worked on 17 cases involving denial of worker’s rights, land ownership and socio-political rights. In 2011 and 2012, Kawer and the Civil Society Coalition for the Rule of Law and Human Rights defended five civilians who were charged with treason against the Indonesian state for involvement in the Third Papuan People’s Congress, where Papuan representatives declared the independence of West Papua. In 2019 Kawer defended three KNPB activists in their case against the police and in the same year, Kawer defended the interest of four students who were detained by the police in antiracism protests in Papua.

Currently, Kawer and the Coalition are defending six people charged with treason and carrying sharp weapons in Papua. Also, Kawer is representing several activists and students who were involved in the peaceful antiracism protests in August 2019.

Kawer received the Hukumonline Award Pro Bono Champions 2019 in December 2019. This prize was granted for his pro bono excellence in hours served and being the most inspiring lawyer in the field of pro bono non-litigation by Hukumonline, Indonesia’s prime online platform for law and legal matters.

Despite the threats and obstructions as a result of his legitimate activities as a lawyer for Papuan civilians, Gustaf is determined to continue his work to defend the access to justice for marginalized groups.