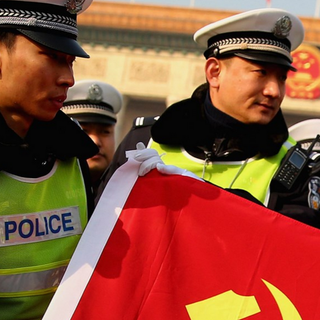 Lawyers for Lawyers is concerned about reports of lawyers being targeted by the Chinese state security police. The lawyers have been providing pro bono legal advice to people arrested during the recent anti-lockdown protests.

In the past few weeks, peaceful protests have started in a number of cities in China. The protests were triggered by the mourning of the victims who passed away during a lockdown fire in Urumqi, but have developed into a protest against the Chinese zero-COVID policy that has led to very strict lockdown measures and overall discontent with the repressive regime. The Chinese government has responded to the protests by arresting large numbers of protesters.

Several lawyers have been providing legal services to those arrested during the protests. It has been reported that local authorities and state police have attempted to interfere with the lawyers’ attempts to provide legal services. Lawyers have been warned to drop certain cases by local authorities and have been questioned by state security police. One lawyer, Wang Shengsheng, reportedly stated that she and her colleagues have received threatening phonecalls and that state security police has been investigating her.

Human rights lawyer Yu Wensheng, recently released from prison, is currently not involved in the defense of the arrested protesters for fear of political reprisals. Yet, Yu states he is happy to see China’s remaining rights lawyers stand up for the protesters but worries that the lawyers will end up getting arrested in another ‘709 crackdown’.

Lawyers have a special role with regards to protests. In his report of June 2021, the Special Rapporteur on the rights to freedom of peaceful assembly and of association stated that “lawyers and legal practitioners play a crucial role in helping to ensure full respect for the rights to freedom of peaceful assembly and access to justice. They do so (…) by working to ensure that individuals and groups are protected against violations and abuses; by holding those responsible for rights violations to account; by pursuing remedies for those whose human rights have been violated in the context of assemblies; and by promoting structural changes oriented towards the reform of rights violating systems”.

Lawyers for Lawyers is concerned about the chilling effect caused by the harassment of the authorities on the Chinese lawyers defending the protesters and the impact this might have on the effective legal protection of the protesters.