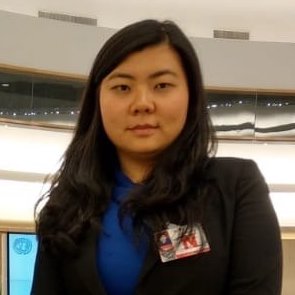 In a joint letter to the Indonesian authorities Lawyers for Lawyers (L4L) and Lawyers Rights Watch Canada (LWRC) expressed concerns about the recent charges filed against Indonesian lawyer Veronica Koman. She is the lawyer of a group of Papuan students mistreated by the police. The charges against her are allegedly related to information she spread about the violent attack against her clients via social media.

Veronica Koman is a prominent, independent human rights lawyer who previously worked as a public interest lawyer at the Legal Aid Institute (LBH) in Jakarta. LBH provides legal aid to the poor and marginalized people in Indonesia. Specifically, Veronica Koman has specialized in defending the rights of international refugees, women & LGBTIQs and West Papuans. In previous years, Veronica Koman received multiple (death and rape) threats for defending the rights of accused persons in high-profile political cases, among which three legal cases involving Papuan indigenous people who were accused of separatism.

The charges against Koman are related to the following case: On or around 17 August 2019, a Papuan student dormitory in Surabaya was raided by East Java police personnel after claims that a Papuan individual had thrown an Indonesian flag in the sewer. L4L and LRWC were informed that, while angry bystanders were blocking the accommodation and yelling discriminatory phrases towards the Papuan students, police personnel raided and fired teargas into their premises, allegedly confiscating properties, injuring students and humiliating them. After that, the police took 43 students of Papuan origin into custody at the East Java police station, without informing them in advance of the criminal complaint against them. As lawyer of several of the students Koman spread information about this incident via social media.

L4L and LRWC understand that Veronica Koman is now accused of four criminal offenses with regard to these posts on social media in which she provides information about the recent protests and riots in the aftermath of the raid of the Papuan student dormitory in Surabaya. In these messages she allegedly incites and provokes citizens. Also, Veronica Koman is facing multiple death and rape threats. Moreover, L4L and LRWC were informed about an intention of Indonesian authorities to initiate additional domestic and international measures to restrict her liberty and her professional activities as a lawyer.

L4L and LWRC fear that the criminal charges filed against Veronica Koman are connected to her legitimate activities as a lawyer. In the joint letter we therefore called upon the Indonesian authorities to immediately drop all criminal charges against Ms. Koman, ensure the protection of Ms. Koman and guarantee in all circumstances that lawyers in Indonesia are able to practice law without threat, intimidation, hindrance, (judicial) harassment, improper interference or reprisals.