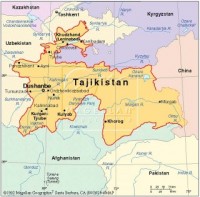 In a letter to the Tajik authorities Lawyers for Lawyers expressed concern about the ongoing detention and judicial harassment of human rights lawyer Abdulmajid Rizoev from Tajikistan.

Abdulmajid Rizoev is a lawyer, human rights defender and former employee of the Young Lawyers Association Amparo, which was forcibly liquidated in 2012. As part of his human rights activities, he monitors human rights violations in the armed forces of Tajikistan during conscription and military service, and provides legal advice to conscripts and soldiers, including those who have been subjected to physical and psychological violence. In recent years, he has also actively defended the rights of Dushanbe residents, whose houses are subject to demolition in connection with the implementation of new construction projects.

According to our information, Abdulmajid Rizoev was detained at his office in Dushanbe and was then transferred to a temporary detention facility on 18 November 2020. Prior to his arrest, he had been working as a legal representative for the residents of a house in the center of Dushanbe, who had been evicted by the construction company carrying out the demolition works. One day before Abdumajid Rizoev’s arrest, the construction company filed a legal complaint against him, alleging that his activities were obstructing the company’s work.

On 8 February 2021, the first hearing in the trial against Abdulmajid Rizoev took place before the Shokhmansur District Court. The lawyer has been accused of “public calls for performance of an extremist activity made using the mass media or the Internet” under Part 2, Article 307.1 of the Criminal Code of Tajikistan. During the trial, the prosecution has alleged that some of the lawyer’s posts and reposts on Facebook amount to “extremist” activity. If convicted, Abdulmajid Rizoev could face up to 10 years’ imprisonment. According to our information, Abdulmajid Rizoev is currently being held at the detention centre #1 in Dushanbe.

Lawyers for Lawyers urges the Tajik authorities to drop all charges against Abdulmajid Rizoev unless credible evidence is presented in proceedings that respect fair trial guarantees and put an end to all acts of harassment against Abdulmajid Rizoev, including at the judicial level, and guarantee in all circumstances that all lawyers in Tajikistan are able to carry out their legitimate professional activities without fear of reprisals and free of all restrictions including judicial harassment.