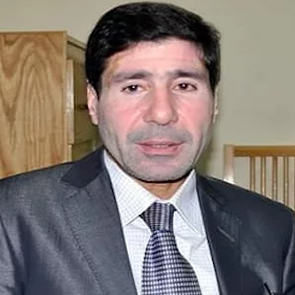 On 27 March 2020, Egyptian human rights lawyer Mohsen Bahnasi was violently arrested by national security agents. The following day, the Supreme Public Prosecution in Cairo ordered his detention for 15 days pending further investigation. This was reported by Frontline Defenders. Mohsen Bahnasi is charged with ‘joining a terrorist organisation’ and ‘spreading false news’ following his social media post calling for the release of prisoners during the COVID-19 crisis.

Mohsen Bahnasi is an Egyptian human rights lawyer, advocating for the rights of political prisoners. Moreover, he is a member of the Freedoms Committee of the Egyptian Bar Association.

On 27 March 2020, Mohsen Bahnasi was violently arrested by several national security agents. Reportedly after a call from a person claiming to be a client in need of legal aid, Mohsen Bahnasi decided to meet this individual. Upon arrival, national security agents arrested him without presenting a warrant. Consequently, the security agents brought Mohsen Bahnasi to his house. His house was searched without a warrant and his phone and money were confiscated. Moreover, his family was verbally abused. Thereafter, Mohsen Bahnasi was brought to the Helwan National Security headquarters in the Abbasiya region for interrogation. Frontline Defenders also reported that he was physically abused, placed in solitary confinement and not allowed to have access to his lawyer.

The next day, Mohsen Bahnasi was charged with ‘joining a terrorist organisation’ and ‘spreading false news’, in connection to his social media posts in which he called for the release of prisoners in light of the COVID-19 outbreak.

He is now detained for 15 days, awaiting investigation. Mohsen Bahnasi is currently detained in Tora Prison. This prison is known for its unhygienic conditions, which creates a greater risk for him given the growing concerns regarding COVID-19. Furthermore, he has no access to his family or lawyer. Multiple organisations have requested the Egyptian authorities to release political prisoners amidst the COVID-19 crisis, including Amnesty International.

The violent arrest and the charges brought against Mohsen Bahnasi concern Lawyers for Lawyers, especially with the current circumstances of the COVID-19 crisis and its potential outbreak in (Egyptian) prisons.