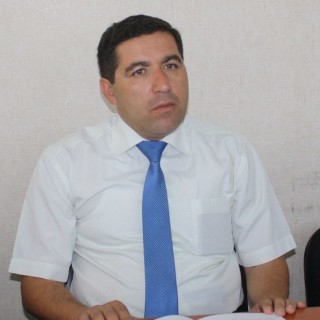 Petition to UN WGAD on behalf of lawyer Yorov

On October 22, 2018, Freedom Now, Lawyers for Lawyers, Hogan Lovells US LLP, and DLA Piper UK LLP filed a petition with the UN Working Group on Arbitrary Detention on behalf of human rights lawyer Buzurgmehr Yorov. The organizations argue that the Government of Tajikistan’s continued detention of Yorov is in violation of the International Covenant on Civil and Political Rights and the Universal Declaration of Human Rights and urge the UN Working Group to take immediate action.

“Buzurgmehr Yorov is an indefatigable advocate for human rights defenders, opposition politicians, and other politically persecuted individuals in Tajikistan,” said Freedom Now Legal Director Kate Barth. “His detention is a violation of his fundamental rights and a deeply troubling example of Tajikistan’s disrespect for the rule of law. We call on the Tajik government to immediately and unconditionally release Yorov; we are confident that the UN Working Group on Arbitrary Detention will come to the same conclusion.”

Yorov is one of Tajikistan’s most eminent human rights lawyers, a reputation developed by taking on a number of high-profile legal cases, representing individuals prosecuted by the government of Tajikistan on politically-motivated charges. The government has routinely targeted Yorov for his work. For example, one case initiated by the former chief military prosecutor and current Attorney General sought to dissolve his law firm.

In early September 2015, Yorov took on the initial representation of 13 members of the Islamic Renaissance Party of Tajikistan (IRPT) who had been falsely accused by the government of orchestrating a failed coup in September 2015. On the same day that the Tajik Supreme Court designated the IRPT a terrorist organization, police arrested Yorov, raided his home and legal office without a warrant, and ultimately charged him with forgery, fraud, “arousing national, racial, local or religious hostility” and extremism. These charges appear to have been prompted by an interview Yorov gave shortly before his arrest in which he announced that his client had been tortured in pre-trial detention and called for a coalition of lawyers to join him in representing the detained IRPT members.

Yorov was held in pre-trial detention for about eight months, where he was beaten and held in solitary confinement in several occasions. On October 6, 2015, after a trial replete with due process violations, he was sentenced to 23 years in prison.

Before his sentencing, Yorov read aloud an 11th century poem by a Persian poet. As a result, authorities charged him with contempt of court and insulting a government official. On March 16, 2017, he was convicted and sentenced to an additional two years. In March 2017, the government charged Yorov with additional offenses: fraud and publicly insulting the president. On August 18, 2017, Yorov was found guilty of these charges and sentenced to 12 years of confinement in a maximum security prison. Because of the related nature of the crimes across the three trials, the combined sentence for Yorov has been set to 28 years.

“The harassment and detention of Yorov is indicative of a broader trend in Tajikistan,” said Lawyers for Lawyers Executive Director Judith Lichtenberg. “Over the past four years we have seen a full-scale assault on the legal community, which has resulted in the imprisonment or self-imposed exile of several the country’s leading lawyers. In order to fulfill its international obligations and respect the rule of law, Tajikistan must free all imprisoned lawyers and roll back restrictions on the legal profession.”

Since 2014, authorities have arrested and detained at least six human rights lawyers –Shukhrat Kudratov, Fakhriddin Zokirov, Buzurgmehr Yorov, Jamshed Yorov, Nuriddin Makhkamov, and Dilbar Dodojonova – as well as Firuz and Daler Tabarov, sons of Iskhok Tabarov, another prominent lawyer. Zokirov was released after two periods of imprisonment. Jamshed Yorov, Buzurgmehr’s brother, was released on September 30, 2016 and fled Tajikistan due to continuing harassment and fear of re-arrest. Kudratov was released early in August 2018, but faced repeated visits by police in the weeks following his release. Nuriddin Makhkamov, Yorov’s law partner, was tried alongside Yorov on extremism charges and sentenced to 21 years imprisonment. In May 2017, shortly after she had posted on Facebook an appeal to President Rahmon to halt his persecution of her imprisoned colleague Yorov, Fayzinisso Vohidova, a leading human rights lawyer, was interrogated and blocked from leaving the country.

The government has also taken steps to curtail the independence of the bar.  In November 2015, a new law passed which required all lawyers to renew their legal licenses with the Justice Ministry, instead of the independent bar association or licensing body, and to retake the bar examination every five years.  In an attempt by the government to identify lawyers who are willing to take on politically-sensitive cases, the bar exam includes questions on a broad range of subjects unrelated to law, such as history, culture, and politics. In the wake of these amendments, the number of licensed lawyers in the country has fallen from more than 1,200 in 2015 to just 600 in 2017.  As a result of these restrictions, there is approximately only one lawyer per 14,500 people in Tajikistan, the second lowest per capita rate in Central Asia behind Turkmenistan.