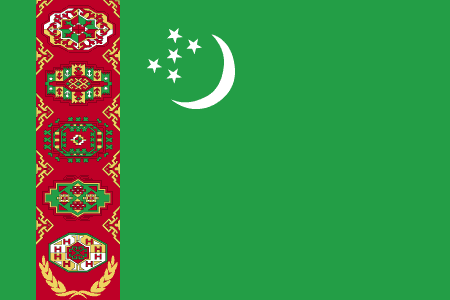 It has been reported that Pygambergeldy Allaberdyev, a lawyer in Turkmenistan, has been sentenced to six years in prison, allegedly as retaliation for ties with Turkmen activists outside the country.

Mr Allaberdyev is a lawyer with a government oil and gas production office in Balkanabad. He was convicted of hooliganism and intentional infliction of moderate bodily harm and sentenced to six years in prison on 29 September 2020. Mr Allaberdyev is in custody, but his exact location is unknown.

Mr Allaberdyev was arrested on 5 September 2020 for allegedly assaulting a man in a grocery shop. The man accosted him when he and a friend were leaving the shop and then told police that Mr Allaberdyev had started the altercation. Mr Allaberdyev was questioned by police without legal representation. His family were not allowed to visit or send him food or clothing parcels. His lawyer was not allowed to see him until 8 September and their requests for relevant case materials have been repeatedly rejected by the authorities. On 14 September, Mr Allaberdyev’s wife requested details of his arrest and the allegations against him from the Balkan provincial prosecutor’s office. This request was referred to the head of Balkanabad police on 16 September. Mrs Allaberdyeva has not received a response.

Mr Allaberdyev’s lawyer reportedly withdrew from the case before the trial began, citing health issues, following a short phone call with the investigator. Mr Allaberdyev’s family have been unable to find a lawyer who will represent him. They believe this is due to fear of reprisals. One lawyer allegedly informed them that the case was political.

Mr Allaberdyev’s trial on 29 September was closed to the public and his family. He refused the services of a court-appointed lawyer. His family have been unable to gain official information about the case, as this information is only released to defendants and their lawyers and Mr Allaberdyev does not have a lawyer.

Rachel Denber, deputy Europe and Central Asia director at Human Rights Watch, says that “The trial and charges against Allaberdyev, and the surrounding circumstances, clearly suggest that the case is political.” Human Rights Watch and other NGOs have called for Mr Allaberdyev to be released and his conviction to be annulled.

Joint letter on the continued detention of lawyer Pygamberdy Allaberdyev

In a joint letter, the International Bar Association’s Human Rights Institute and Lawyers for Lawyers express concern about the continued detention of lawyer Pygamberdy Allaberdyev. Prior to his arrest in 2020, Mr Allaberdyev worked for oil and gas production office