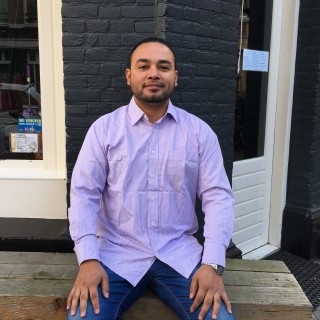 On 27 May 2019 it was announced that Rommel Durán will receive the 24th Ludovic Trarieux Prize. He is a Colombian human rights lawyer, who stands up for the rights of displaced farmers.

The Jury of the Ludovic Trarieux price stated: “Rommel Durán himself also faces very serious threats to his life due to his work as a lawyer and is subject to harassment, including to a campaign of threats, attacks and stigmatization because of his work.” Lawyers for Lawyers is proud to have nominated Rommel Durán for the price.

Rommel Durán mainly provides legal assistance to displaced farmers who are claiming the restitution of their land and victims of crimes such as enforced disappearance, torture and extrajudicial executions, perpetrated by paramilitary groups. He is regularly subjected to intimidation and threats and has been arbitrarily detained twice. During an incident in December 2013 he has also been shot. In 2018, Rommel Durán visited the Netherlands at the invitation of Lawyers for Lawyers. Read the interview we did with him here.

The Ludovic Trarieux human rights prize is an initiative of the Union Internationale des Avocats (UIA) and the European Bar Human Rights Institute (IDHAE) and several European national and local bar associations and is awarded to “a lawyer, regardless of nationality or Bar, who throughout his career has illustrated, by his activity or his suffering, the defence of human rights, the promotion of defence rights, the supremacy of law, and the struggle against racism and intolerance in any form”.