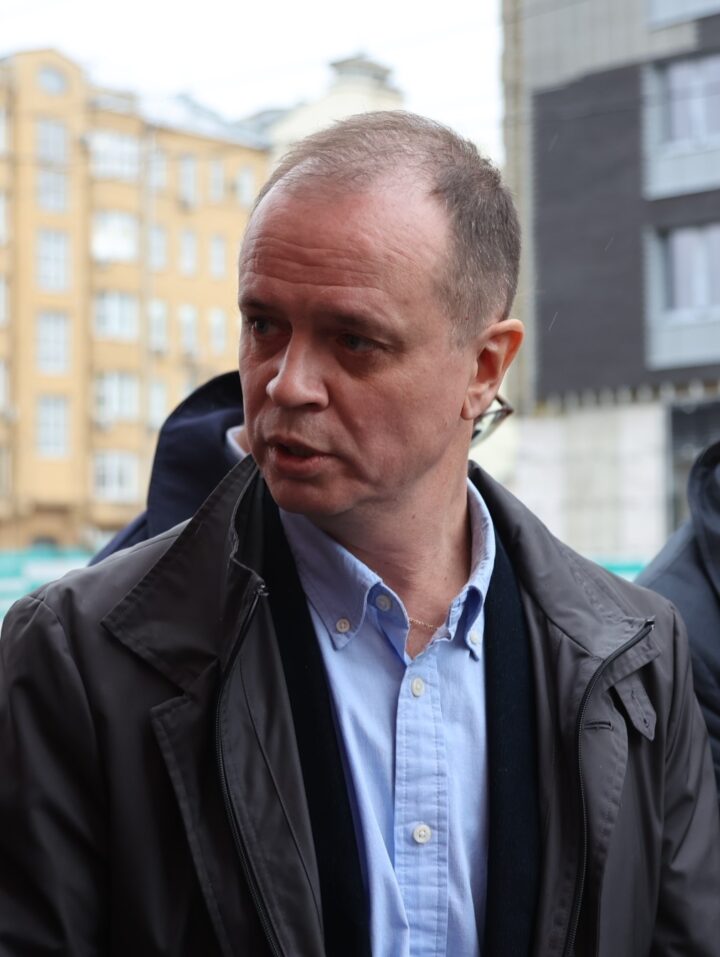 We, the undersigned organizations, condemn the various forms of harassment against lawyer Ivan Pavlov, which have involved multiple violations of his human rights, as well as hindrance of his professional activities. Recently, authorities of the Russian Federation filed a motion to initiate disciplinary proceedings against Ivan Pavlov seeking his disbarment. He was also labelled as a “foreign agent” by the authorities. Earlier this year, Ivan Pavlov left the Russian Federation due to his fear of prosecution on political grounds.

On 20 September 2021, the St. Petersburg Department of the Ministry of Justice of the Russian Federation submitted a motion to initiate disciplinary proceedings against Mr. Pavlov seeking his disbarment. The following grounds were cited by the Ministry of Justice as grounds for the disbarments: the presence of an allegedly unwarranted transcription of State secret information from a case file, failure to attend investigative actions, and serving as president of an NGO recognised by the authorities as “undesirable”.

Punitive measures against Mr Pavlov on these grounds amount to arbitrary interference with his rights to freedom of expression and association. Mr. Pavlov has stated that these allegations are factually incorrect or unsubstantiated.

On 8 November 2021, the Ministry of Justice of the Russian Federation declared Ivan Pavlov to be a “foreign agent”. In addition to Mr. Pavlov, four of his former colleagues from Team 29 were also labelled as “foreign agents” on 8 November 2021. One of his former colleagues, Valeria Vetoshkina, is also a lawyer. The consequence of this designation is that Mr. Pavlov has now been added to the Russian registry of “foreign agents”. The decision was based on Article 25.1 of the Law of the Russian Federation “On Mass Media” that designates as a “foreign agent” a media outlet or an individual receiving foreign funding and engaging in “political” activities, an ill-defined term that does not meet international standards of prescription by law. We have been informed that Mr. Pavlov intends to challenge the decision of the Ministry of Justice in court and is determined to continue his human rights work.

The “foreign agents” laws require those designated as a “foreign agent” to register with the authorities and label all their content and materials such as articles, reports and social media posts with a special disclaimer, which says that the information is coming from a “foreign agent”. The designation also restricts other media outlets from citing “foreign agent” organizations without adding such a disclaimer. The Ministry of Justice of the Russian Federation has full discretion assigning the “foreign agent” label and does so in an arbitrary manner without any clear rules about what “political activity” means.

The recent decision of the Ministry of Justice to label Mr. Pavlov as “foreign agent” has far-reaching consequences for his work. Mr. Pavlov is a prominent human rights lawyer and Head Litigator of the Team 29 human rights group. His legal work often focuses on defending those charged by the law enforcement bodies of disclosing state secrets, committing high treason, or espionage. He has worked on a number of high-profile cases, including that of journalist Ivan Safronov. Earlier this year, Mr. Pavlov represented Aleksei Navalny’s Anti-Corruption Foundation in a case launched by the Prosecutor’s Office to designate the Foundation as an “extremist” group.

Earlier this year, Mr. Pavlov’s hotel room was searched and he was subsequently detained and charged with “disclosure of materials of the preliminary investigation” in the case of Ivan Safronov under Article 310 of the Criminal Code of the Russian Federation. On 30 April 2021, the Basmanny District Court of Moscow issued restriction measures[1] against him.

At the beginning of September 2021, Mr. Pavlov left the Russian Federation due to the fear of persecution.

We, the undersigned organizations, condemn the Ministry of Justice motion initiating disciplinary proceedings  against Mr. Pavlov and  the designation of Mr. Pavlov as a “foreign agent” as violations of his human rights, in particular his rights to freedom of expression and association and as harassment of the lawyer. These rights are protected under the International Covenant on Civil and Political Rights and the European Convention on Human Rights. The Russian Federation is party to both treaties. As affirmed by numerous international authorities, including the United Nations (UN) Special Rapporteur on freedom of association and assembly, arbitrary restrictions on interactions with foreign entities, including the receipt of funding, are a violation of the right to freedom of association. The UN Human Rights Council resolution 22/6 called upon States to ensure that “that no law should criminalize or delegitimize activities in defence of human rights on account of the origin of funding thereto.”

We consider that these forms of harassment are connected to, and intended to curb his legitimate professional activities as a lawyer, contrary to international standards on the role of lawyers. These actions by the Ministry of Justice can be seen as yet another step from the authorities to interfere with the legitimate professional (human rights) activities of Mr. Pavlov. Furthermore, they have a chilling effect on the legal profession in the Russian Federation as a whole.

Lawyers play a vital role in the protection of the rule of law and human rights. It is the responsibility of lawyers to defend the rights of their clients. Their work is indispensable for ensuring that all persons have equal and effective access to protection of the law and remedies for violations of rights. To fulfil their professional duties effectively, lawyers must be able to practice law freely and independently, without any fear of reprisal.

Article 16 of the UN Basic Principles on the Role of Lawyers[2] states that governments must ensure that lawyers “are able to perform all of their professional functions without intimidation, hindrance or improper interference.” The Principles further require that lawyers “shall not suffer, or be threatened with, prosecution or administrative, economic or other sanctions for any action taken in accordance with recognized professional duties, standards, and ethics.”[3] Moreover, lawyers, have the right like any other individual, to freedom of expression and to take part in public discussion of matters concerning the law, the administration of justice, and the promotion and protection of human rights.[4]

In view of the above, we respectfully urge the relevant authorities in the Russian Federation to review and annul the decision declaring Mr. Pavlov a “foreign agent” and to abstain from any further measures that would constitute improper interference with his professional activities. We further call on the authorities to guarantee that all lawyers in the Russian Federation are able to practice law without threat, intimidation, hindrance, harassment, improper interference or reprisals in line with international law and standards on the role of lawyers.

[1] According to the restriction measures, Mr. Pavlov may no longer communicate with witnesses in the Safronovo criminal case, with the exception of close relatives, and he is forbidden to use any postal and telegraphic communications, including the internet, for any purpose, except to call the emergency services or communicate with the investigator in the case.

[2] The UN Basic Principles on the Role of Lawyers provide a concise description of international norms relating to the key aspects of the right to independent counsel. The Basic Principles were unanimously adopted by the Eighth United Nations Congress on the Prevention of Crime and the Treatment of Offenders in Havana, Cuba on 7 September 1990. Subsequently, the UN General Assembly “welcomed” the Basic Principles in their ‘Human rights in the administration of justice’ resolution, which was adopted without a vote on 18 December 1990 in both the session of the Third Committee and the plenary session of the General Assembly.