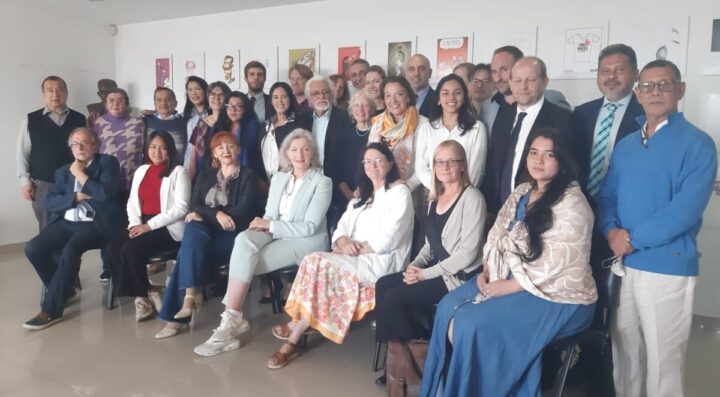 At the invitation of Colombian lawyers and human rights defenders, the International Caravana of Jurists, an international fact-finding mission, visited Colombia from 21st until the 28th of August. During the mission, an international delegation of lawyers from all over the world had the opportunity to have conversations with lawyers, victims of human rights violations and people from the judiciary and other institutions. A representative of Lawyers for Lawyers has also participated in this mission.

Since 2008, the Caravana has organised seven international biannual delegations to Colombia in fact-finding missions to monitor the situation of human rights defenders, specifically on access to justice and respect for the rule of law. In the press release of the 26th of August, a number of findings on these topics were highlighted since they are of great concern. These include the lack of implementation of the Peace Accord, the continuity of the armed conflict, as well as the serious and increasing levels of violence perpetrated by illegal armed actors involved in drug trafficking and other criminal activities in the regions.

The Caravana mission remains concerned about the attacks on lawyers. There are worrying patterns that prevent the free exercise of the legal profession, such as wire-tapping carried out by State agents, the stigmatisation of legal defence work by conflating lawyers with their clients, the criminalisation of human rights defenders, lawyers and judges through vexatious litigation, and the absence of adequate protection frameworks both at the individual and collective level.

The Caravana expressed deep concerns about serious threats to the rule of law that limit access to justice, the repression of political participation and social protest, and the lack of security guarantees for those carrying out vital human rights work in Colombia.

A full report of the mission will be published at a later stage. Read the full press release here.