Home » News » Sor.Rattanamanee Polkla: ‘We are lawyers, we are law-users, but we are also law-makers’ 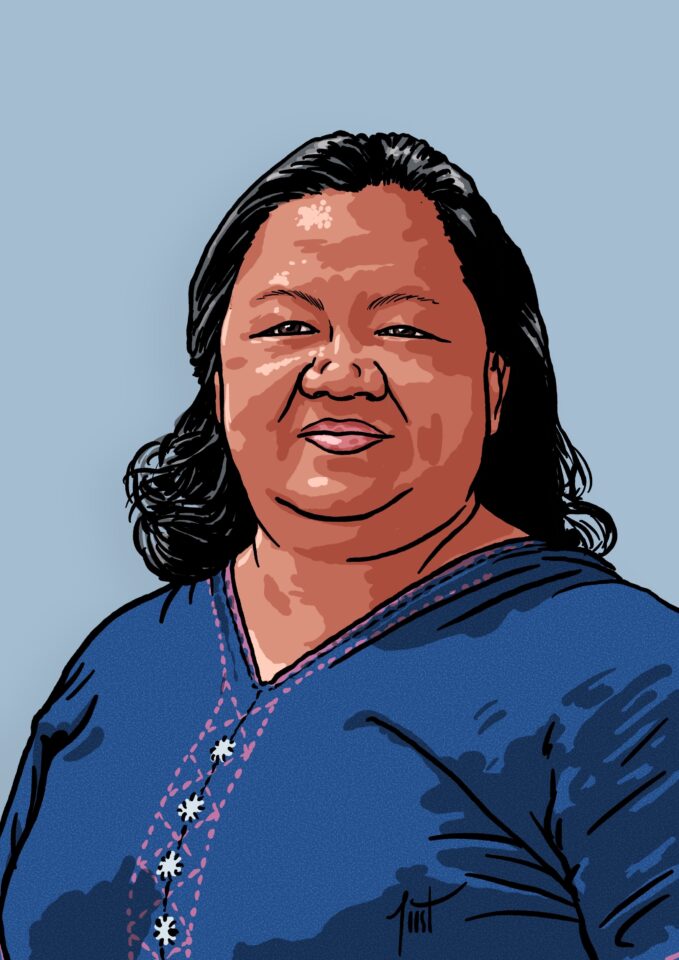 With more than twenty years of practice in human rights and environmental matters, Thai lawyer Sor.Rattanamanee Polkla is deeply committed to environmental justice. With her organization, the Community Resource Centre Foundation (CRC), she provides legal aid to communities who face serious negative environmental and social impacts as a result of development projects. Her motto? ‘We are lawyers, we are law-users, but we are also law-makers’.

In the village of Na Nong Bong in the Loei province of Thailand, the Tungkum Company Ltd started operating an Gold-mining project in 2006. The ground and water in the area became contaminated with arsenic and cyanide as a result of the operation of the project, and had a negative impact on the ability of villagers to grow their rice and other crops. The local community protested against the Gold-mining project from the moment the impact started. Besides facing the environmental pollution from the project, the community faced judicial harassment by the mining company in 20 different cases. From the start of these struggles, the Project for Public Policy on Mineral Resources (PPM), a Non-Governmental Organisation, assisted the community. PPM and the community requested Sor.Rattanamanee Polkla and the CRC team to support the community during the judicial harassment. Most of the cases had been granted on the favour of community.

Sor. and CRC team represented 165 villagers and filed an environmental case against Tungkum Company Ltd in 2018. In the same year, the court ruled that the company had to pay compensation to the villagers for, amongst other things, the harmful effects of their project on the villagers’ health. Moreover, the court ordered the company to restore the environment with the participation of the villagers. Since the company’s bankruptcy in 2018, a renewal of the mining license is now pending and the company did not yet restore the environment according to the judgment. Sor.Rattanamanee Polkla and the CRC are currently providing legal support to the community in their efforts to stop the continued operation of the gold mine and to receive remedies and environmental restoration.

Since its creation in 2010, the CRC has handled about 200 similar cases, from mining, hydropower, pollution and industrial area to land grabbing and biodiversity protection. ‘We consider these cases as public interest litigation, and we support them wholeheartedly’, says Sor.Rattanamanee Polkla. Through the work of its lawyers, the CRC has successfully contributed to setting legal precedent in public interest and human rights cases involving environmental harm and human rights defenders. Additionally, the CRC has been campaigning for more accountability and transparency from corporations in Thailand, the Mekong region and Southeast Asia. ‘We also work on trans-boundary cases especially Thai overseas investments because we have to apply accountability and transparency from Thai corporations to everywhere they go to ensure access to justice and environmental protection for all’ Sor. said.

But for Sor.Rattanamanee Polkla, one thing is certain: the duties of a lawyer are not limited to the courtroom. In fact, she considers advocacy work a crucial component of her profession. ‘Before we even go to court, we must empower and educate local communities about their rights. If we do not build environmental rights awareness first, people will continue to suffer in silence.’ According to Sor.Rattanamanee Polkla, the lack of independent experts is another important issue for individuals seeking redress in Thailand. ‘Nowadays, most experts either work for the government or private corporations, which means that they are not impartial anymore.’

Lawyers defending these communities or environmental and human rights activists face additional challenges. Sor.Rattanamanee Polkla first experienced intimidation from the authorities in 2014, when a legal meeting she was having with her clients to discuss the construction of a hydroelectric dam on the Mekong River was interrupted by the military. Since then, the authorities have continued to closely monitor her activities and those of the CRC, occasionally sending police agents to legal consultations. ‘Direct threats against lawyers are not so common, but the government is trying to control the Thai civil society by instilling fear.’

Despite these acts of harassment, Sor.Rattanamanee Polkla continues to do her work. She hopes that the recent recognition of the right to a healthy environment by the United Nations Human Rights Council will motivate more lawyers to handle environmental cases – especially young lawyers. ‘Climate change is a global issue, a public interest issue, and we need to show young legal practitioners how crucial their role can be in protecting the environmental rights of vulnerable communities.’