Home » News » Statement on the situation of lawyers in Turkey 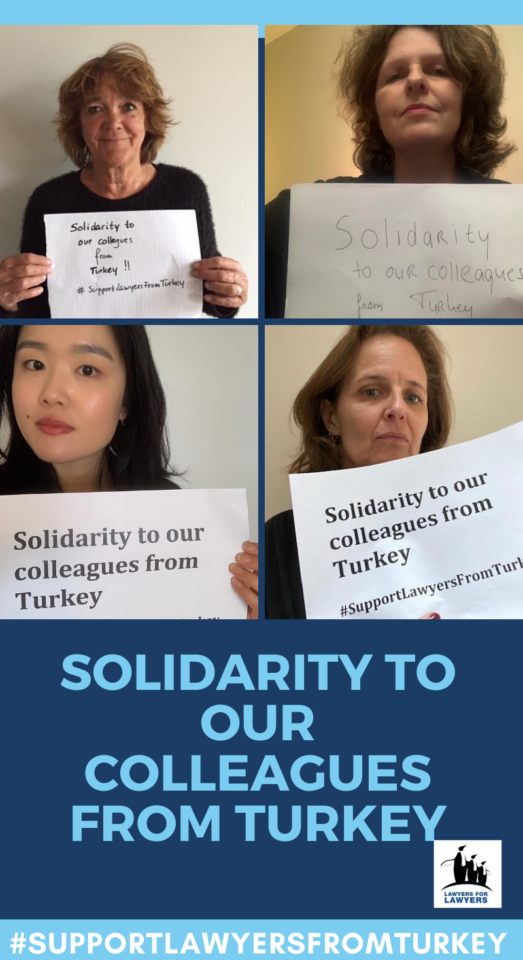 On this day, 5 April 2021 – celebrated as ‘Lawyers’ Day in Turkey – Lawyers for Lawyers takes the opportunity to strongly condemn the on-going crackdown against lawyers in Turkey.

In spite of a Human Rights Action Plan, that was recently announced by the Erdogan administration, the situation of lawyers in Turkey remains worrying. Lawyers have been subjected to judicial harassment, including mass arrests, violent attacks, threats, surveillance, unfair trials and harsh sentences. Many lawyers who provide assistance in representing political opponents or taking on politically sensitive cases are being arrested on suspicion of involvement in terrorist activities. Lawyers are being targeted solely because they are carrying out their professional activities. The use of “mass trials” against lawyers or lawyers’ associations is frequent and fundamental rights and procedural safeguards are often not respected. According to the latest information received, more than 600 lawyers have been detained in Turkey under terror-related or political-related charges.

Undoubtedly a historical low was the passing of imprisoned lawyer Ebru Timtik. Ebru Timtik, together with one of her colleagues, Aytaç Ünsal, commenced a “death fast” to protest both her innocence of the charges on which she had been convicted, and the lack of respect for fundamental fair trial principles in the criminal justice system, leading to her tragic death on 27 August 2020.

Aytac Ünsal was released to undergo medical treatment following a court order on 3 September 2020. However,  since his release he was subjected to several acts of harassment, including inadequate medical treatment due to alleged pressure on the hospital administration by the authorities, and the raid on his home by armed security officials. In violation of the release order, he was re-arrested before his treatment was completed, on 9 December 2020.

In addition to the threats to individual lawyers, also the Turkish Bar Associations are under increasing pressure.

Lawyers for Lawyers condemns the deteriorating situation of lawyers in Turkey and urges the Turkish government to uphold the rule of law and bring an end to the persecution of lawyers. All lawyers who have been unduly detained for carrying out their professional activities should be immediately and unconditionally released.