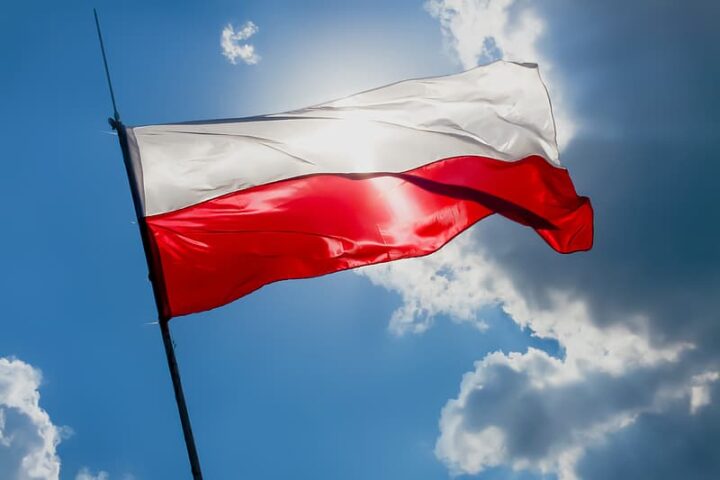 On 15 October 2020, Polish lawyer Roman Giertych was detained by the Central Anticorruption Bureau (CBA) on accusations of money laundering. His house and office were searched and prosecutors imposed preventive measures, including suspension of his right to practice law. Lawyers for Lawyers, the International Commission of Jurists and the Amsterdam Bar Association are concerned that the manner in which these measures were taken is inconsistent with international standards on the independence of the legal profession. A PDF version of the full statement can be found here.

Roman Giertych has worked on a series of high-profile cases against the governing Law and Justice party. He has also represented various prominent opposition figures, including Donald Tusk, the former Polish prime minister and head of the Civic Platform opposition party, and former president of the European Council. Mr. Giertych’s arrest happened one day before the scheduled detention hearing in another politically significant high-profile case, concerning Leszek Czarnecki, in which Roman Giertych was appointed as defence counsel.

According to the information available to Lawyers for Lawyers (L4L), the International Commission of Jurists (ICJ) and the Amsterdam Bar Association, Mr. Giertych was arrested merely to serve him with charges. He was not given a chance to appear voluntarily. On 22 October 2020, Mr Giertych’s defense lawyers filed four complaints with the court about the actions of the Poznań prosecutor’s office relating to his arrest and the search of his home and office.

Professional lawyers’ associations such as the National Council of Attorneys-at Law, the Association of Attorneys-At-Law “Defensor Iurius”, the Polish Bar Council and the Council of the Warsaw Bar Association of Advocates have expressed “great concern” about Mr. Giertych’s detention, the search of his house and office, and the preventive measures that were taken against Mr. Giertych.

Mr. Giertych was arrested by officers from the CBA outside a Warsaw court. According to the information available to L4L, the ICJ and the Amsterdam Bar Association, officers from the CBA conducted a search of Mr. Giertych’s house, after a search warrant was issued by the prosecutor. After his arrest, Mr. Giertych was brought to his house to participate in the search. The search of his house started before representatives of the Warsaw Bar Association could arrive, in breach of the procedures set out in the Polish Criminal Procedure Code and Advocates’ Code of Ethics[1]. Moreover, the searches of his house and office were apparently carried out simultaneously, making it impossible for Mr. Giertych to be present at both places at the same time, even though both locations contained materials covered by attorney-client privilege.

During the search in his home, Mr. Giertych fell unconscious on his bathroom floor and was rushed to the hospital. Consequently, he could no longer particpate in the house search. After being hospitalized and while still unconscious, the public prosecutor presented Mr. Giertych with charges.

The Polish Association of Attorneys-At-Law “Defensor Iurius” has noted that “each lawyer in his work represents citizens who, when entrusting them with their cases, are deeply convinced that they can count on discretion and secrecy regarding the entrusted sensitive data, information, documents, and materials. Attorney-client privilege is one of the foundations of the constitutional right to defence”.

The principle of attorney-client privilege is underlined in the United Nations Basic Principles on the Role of Lawyers (Basic Principles). Principle 22 lays down that: “Governments shall recognize and respect that all communications and consultations between lawyers and their clients within their professional relationship are confidential”.

The manner in which the searches were conducted also potentially violates the European Convention on Human Rights and the International Covenant on Civil and Political Rights.

Nature of the preventive measures

The suspension of Mr. Giertych’s right to practice his legal profession also raises deep concerns. As the Council of the Warsaw Bar Association of Advocates has emphasized, the independence of the legal profession is safeguarded i.a. by the Bar having jurisdiction over its members’ disciplinary liability. The Bar’s autonomous disciplinary judiciary is intended to protect advocates against pressure and repression from the public authorities, especially law enforcement agencies, against which an advocate often acts during trial. Entrusting the issue of a possible temporary suspension of an advocate in the performance of his professional activities to the disciplinary court of the advocates’ Bar serves to protect the independence of advocates. Consequently, it allows them to freely serve the protection of constitutional rights and freedoms.

As the Council of the Warsaw Bar Association of Advocates further notes in its statement, the Polish legislator entrusted the decision on the temporary suspension of an advocate to the disciplinary bodies of the Bar (Article 95j of the Bar Act). This provision is lex specialis in relation to Article 276 of the Code of Criminal Procedure. The application of the suspension of an advocate’s right to practice by a prosecutor constitutes a threat to human rights and fundamental freedoms. This instrument – due to the fact that an advocate often acts as a trial opponent of a prosecutor – is contrary to the essence of the principle of equality of arms. The legal system in Poland provides for another, constitutional, instrument for suspending an advocate, in the form of a decision taken by a disciplinary court of the advocates’ Bar.

Moreover, according to Principle 16 (c) of the Basic Principles, governments shall ensure that “lawyers shall not suffer, or be threatened with, prosecution or administrative, economic or other sanctions for any action taken in accordance with recognized professional duties, standards and ethics’’. In respect to the preventive measures that were taken against Mr. Giertych, Principle 27 of the Basic Principles stipulates that charges or complaints made against lawyers in their professional capacity shall be processed expeditiously and fairly under appropriate procedures. Moreover, Principle 28 enshrines the right to due process for lawyers facing disciplinary sanctions, stating that disciplinary proceedings “shall be brought before an impartial disciplinary committee established by the legal profession, before an independent statutory authority, or before a court, and shall be subject to an independent judicial review”. Basic Principle 29 states that “all disciplinary proceedings shall be determined in accordance with the code of professional conduct and other recognized standards and ethics of the legal profession and in the light of these principles”.

Also, in a recent Resolution (2348), the Parliamentary Assembly of the Council of Europe has reiterated its concern over the numerous cases of violations of lawyers’’ rights, including attacks on their safety and independence in the recent years. The Assembly recalls “that Council of Europe member States have subscribed to the minimum standards currently laid out in the Recommendation No. R(2000)21 of the Committee of Ministers on the freedom of exercise of the profession of lawyer”. The Assembly therefore urges all Council of Europe member States to ensure effective protection of the profession of lawyer, including by “prohibiting State interference in the legal profession and clearly identifying the specific activities that amount to prohibited interference, and establishing a domestic legislative framework guaranteeing efficiency, independence and safety of lawyers’ work.

Lawyers for Lawyers, the International Commission of Jurists and the Amsterdam Bar Association are concerned about the circumstances of Mr. Giertych’s arrest, in particular the fact that the arrest seems to have only been made in order to present him with charges. L4L, ICJ and the Amsterdam Bar Association are also concerned by the fact that the searches of his house and office were conducted without proper safeguards of attorney-client privilege and by the suspension of Mr. Giertych’s right to practice his legal profession by a public prosecutor. We will continue to monitor the case of Mr. Giertych closely.

[1] The person whose premises are being searched has the right to appoint a witness who should be present during the search. Advocates always inform their local Bar, and the Bar’s representatives then participate in the search (article 224 s. 2 of the CPC, par. 20 of the Advocates’ code of ethics).

Lawyers for Lawyers, the Amsterdam Bar Association and the International Commission of Jurists (ICJ) call for an end to the harassment of Polish lawyer Michal Romanowski, in relation to his legitimate professional activities. Michał Romanowski is a Polish attorney and