Home » News » United Arab Emirates: ‘not a country for business as usual’ 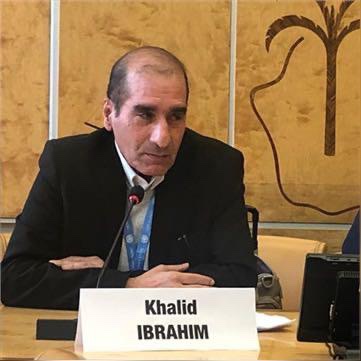 While the United Arab Emirates is making a good impression with EXPO 2020, lawyers and other human rights defenders are languishing in prison in the Gulf state.

Of course, it looks neat, the website of World Expo 2020, which is currently being held in Dubai. According to the website, the United Arab Emirates (UAE) was very happy when it heard in 2013 that it had been chosen to organize the World Expo.

“I know Al-Mansoori and Al-Roken well, they are friends of mine,” said Khalid Ibrahim, Director of the independent human rights organization Gulf Center for Human Rights (GCHR). In 2011, Al-Roken defended the famous poet and human rights defender Ahmed Mansoor. Mansoor has been in prison since 2017. He was the last human rights defender in the UAE who was still free. Through leaked letters we know how Mansoor is treated: solitary confinement in a bare cell, no contact with his family, no books and no medication for his heart disease. Even his mattress was taken from him.”

Ibrahim has serious concerns about the circumstances of the two lawyers. “Their prison sentences will end in 2023, but it is questionable whether they will be released. On heyday, prisoners are released early on a regular base, but they never include political prisoners. At the same time there are people whose sentences have ended, but who are not released because they refuse to admit in a video that they are guilty.”

At the start of the World Expo in Dubai, 76 organisations, including the Gulf Center for Human Rights and Lawyers for Lawyers, appealed to the UAE to release political prisoners and treat all detainees in accordance with international standards.

Ibrahim: “We have also organised our own alternative Human Rights Expo, supported by other organizations: a live stream with artists, poets, musicians and activists who pay tribute to the people in the UAE who have been imprisoned or silenced for their commitment to human rights.”

Why is the world allowing the UAE to act like this? Ibrahim: “Economic interests prevent countries from asking critical questions. By doing business and investing, the UAE even manage to lower the requirements of the European Union regarding human rights protection in the UAE. Human rights defenders pay the price.”

No business as usual

And the Netherlands? “In general, the Netherlands have a good attitude when it comes to human rights, but we would expect more from the highest authorities in this country. We would appreciate it if the minister of Foreign Affairs publicly called for the release of the prisoners of conscience. The UAE is not a country for business as usual. Human rights come first.”

But the world seems to think otherwise. The United Nations is about to admit the UAE to the Human Rights Council (UNHCR). According to Ibrahim this is a worrying development: “Members of the UNHCR should be countries that adhere to human rights.”

And then there’s something else Ibrahim is deeply concerned about. “Interpol is going to appoint a new president. Candidate is Ahmed Naser Al-Raisi, the man responsible for the arrest and inhumane treatment of poet and activist Ahmed Mansour. If Al-Raisi is appointed, there are fears he will abuse his position to track down human rights defenders on the run who have been sentenced in default in the UAE. We have started a lawsuit against him in France.”

Footage of the alternative Human Rights Expo can be found at https://www.alternativehrexpo.org. Together with a coalition of international organizations, the Gulf Centre for Human Rights are campaigning for the release of human rights defenders in the United Arab Emirates (UAE). Click here to join their petition.

This interview was originally published in Dutch on the website of Advocatenblad and written by Trudeke Sillevis Smitt. Lawyers for Lawyers received permission to post the English version of the interview on our website.