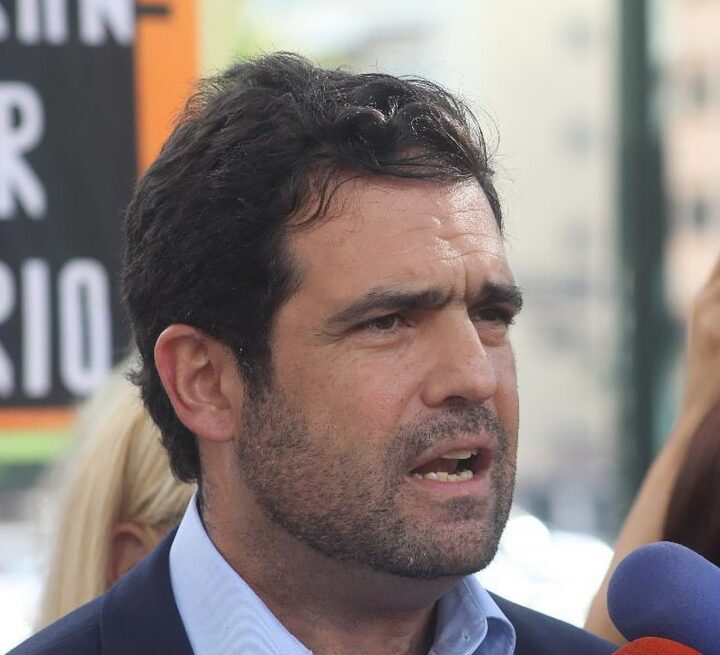 The Rule of Law Index 2022 was released at the end of October. In the very last place, number 140: Venezuela. The well-known human rights lawyer Alfredo Romero explains why.

“It may sound unbelievable, but in Venezuela you can hear judges say: I can’t make this decision yet, because I haven’t received any orders from above.”

Alfredo Romero tells this in a Zoom conversation from Caracas. He is chairman of Foro Penal, an organization of 5,000 volunteers and 500 lawyers who assist political prisoners in Venezuela. Romero continues: “It is not that the system in Venezuela is inefficient, as in some other countries that are low on the 2022 Rule of Law Index. The judiciary is a facade here, a weapon for political persecution and corruption.’

Since Romero founded the predecessor of Foro Penal twenty years ago, the situation has gotten worse every year, according to him. ‘In the beginning judges were afraid, but they still had a certain degree of independence. Now they are appointed completely outside the legal process and are part of the system to keep the government in power. Judges are sometimes even present when people are being tortured.’

In such a system, the lawyers of Foro Penal can achieve little for their clients – whom they assist pro bono – with a usual lawyer approach. ‘Nevertheless, it is very important that we represent them in court. That way we stay in contact with them and we can collect evidence why they are accused, that there are political reasons behind it. We use this information to take action and enter into discussions with UNHCR and other organisations. The aim is for the regime to pay the highest possible price for detaining political opponents.’

Over the past twenty years, Foro Penal has assisted some 12,000 prisoners; at the moment there are 277. Romero: ‘There is a revolving door effect: the government releases people to show a favourable picture, and immediately arrests others. A new category are the foreign “hostages”. Recently a few Americans were detained in order to exchange them for cousins of President Maduro, who were detained in the US for drug smuggling.’

Foro Penal manages to keep in touch, albeit on and off, with all political prisoners, says Romero. “Almost all of them have been tortured, they are sick and depressed. This afternoon I am going to Roma Verde, a military prison, to visit a client. He was a parachutist and was captured six years ago. We don’t know why, he hasn’t even been questioned yet. The authorities no longer bother to start a process. The uncertainty of what will happen is one of the worst punishments imposed by the government. Torture is also used as a sanction, and to intimidate all dissidents.’

The fact that there is systematic torture, increasingly also sexual, was recently established by a fact-finding mission of the Human Rights Council of the United Nations. The Council spoke of crimes against humanity, which cleared the way for a criminal case against Venezuela at the International Criminal Court in The Hague. Romero is one of four lawyers representing the victims there.

Of course, the regime also tries to discourage and intimidate him. ‘On TV talk shows, Foro Penal and I are discredited time and time again. They accuse us of terrorism and corruption. I’ve been attacked in the street, with a gun pointed at me, and I’m being followed all the time. It’s a shame, but you get used to it, we see it as part of our job.’

What makes it worth it? ‘The satisfaction, when someone is released, when people just somewhere in Venezuela thank you for helping their father or their brother, sometimes a long time ago. It is not a sacrifice for us, we want to do this. It also brings pain, of course. But that’s what life is: pain and satisfaction.’