Home » News » We are all Tahir Elçi 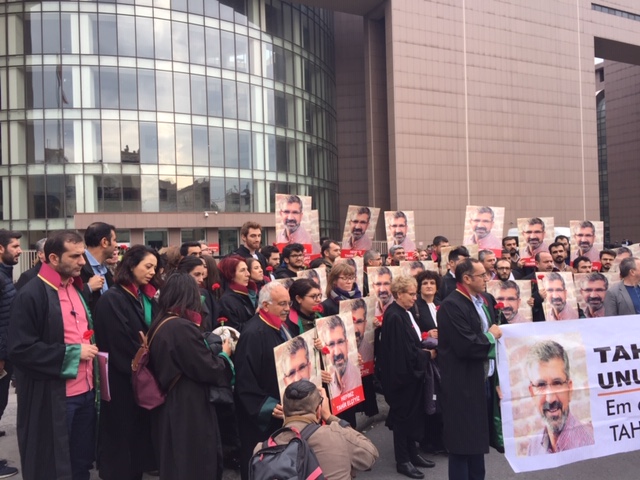 We are all Tahir Elçi

”We are all Tahir Elçi” was repeatedly enunciated during a commemoration in front of the Bakırköy Courthouse in Istanbul of prominent human rights lawyer and president of the Bar Association of Diyarbakır, Tahir Elçi. Elçi was murdered 4 years ago, on 28 November 2015; the perpetrators are still unknown. Delegates from Lawyers for Lawyers and other international observers joined the commemoration as an act of solidarity.

Elçi was shot dead during a press conference on the 28th of November 2015, in which he called for end to the rising violence in Turkey. Elçi worked tirelessly and with a risk to his own life for the victims of human rights violations in south-eastern Turkey, caused by the conflict between the Turkish army and the PKK. He brought several cases before the European Court of Human Rights.

During the commemoration, Elçi’s colleagues held speeches about his work and legacy and laid down flowers in front of the court. 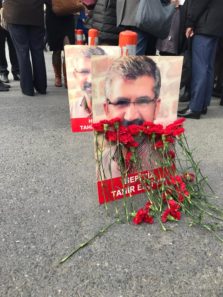