Home » News » Interview with Daria Korolenko: “We’ve talked about it for a long time, but only now has it become more visible outside of Russia” 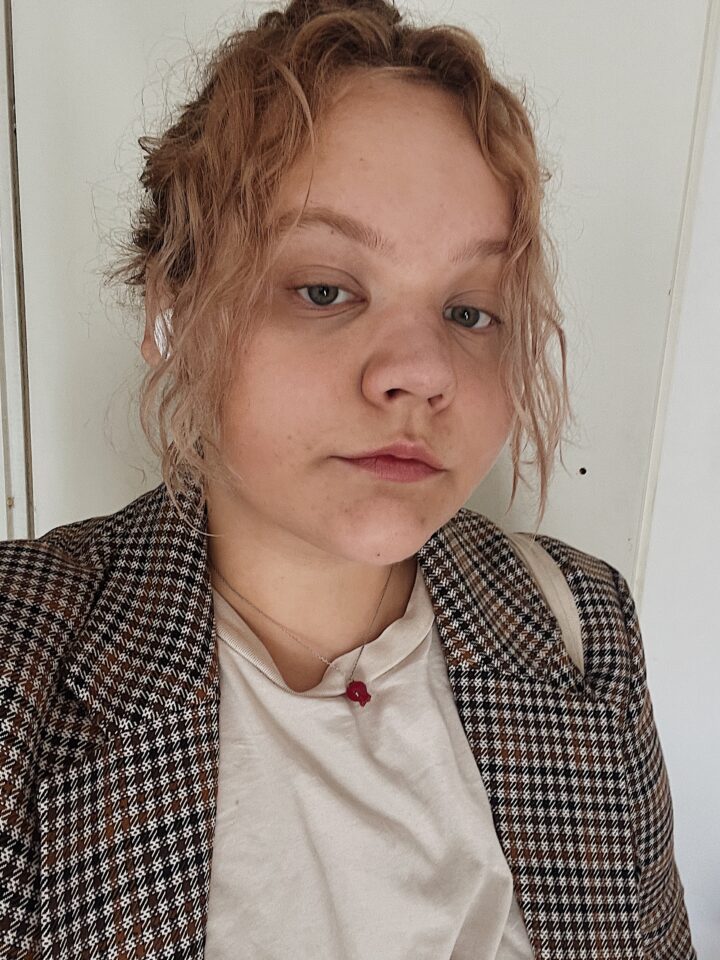 To help or support lawyers from the Russian Federation, the international legal community should use their resources to advocate for the documentation, monitoring and investigation of human rights violations in Russia, says OVD-Info’s Daria Korolenko.

As a lawyer at OVD-Info, Korolenko’s main focus is on providing a legal analysis of the data her organisation has gathered (or gathering the data they lack). This is subsequently used to participate in strategic litigation before the ECtHR, Russian Constitutional Court or UN HRC, or implemented in advocacy processes by writing and communicating reports and analyses with various international organisations and NGOs.

The war
When considering the impact of the war on OVD-info’s work, the hard truth seems to be that the war is only a small, visible part of a much larger problem. Korolenko recalls the numerous means through which her work was affected by repression:

“As usual during mass protests, in the first month of the war, we had a huge amount of work: daily large-scale protests, new repressive legislation, blockage of independent media, etc. We detected more than 16.000 detentions – meaning we were providing legal help for the detainees by sending lawyers and attorneys to the police departments and courts, or through hotline consultations. We were also communicating with these people and their relatives and friends, writing hundreds of daily messages providing exclusive information about protests and human rights violations during them. We do not have a large team, and every one of us did our best working weekends and nights to ensure we do an excellent job – as we always do, despite the challenging conditions we do it in. We were included in the ‘foreign agents’ registry back in September 2021, our website was blocked in December 2021, and with the various legislation now being amended to become even more repressive, we do expect the challenges to grow, but we will continue doing what we do.”

Although these individual circumstances may seem concerning as is, they are far from incidental:

“After the large protests ended, we still have detentions every day, but we also have a lot of post-protests activities: court hearings; ECHR and UN HRC complaints; analysing and cleaning data which we can use in our everyday work. We’re also monitoring new repressive legislation adopted in early March 2022, planning strategic cases and spreading information about human rights violations.”

They are a part of a fundamentally larger issue concerning the protection of human rights:

“We don’t only talk about the freedom of assembly or anti-war protests, as these are just the tip of the iceberg, albeit particularly useful to finally attract more attention to the 10-year crackdown on Russian civil society. What’s been happening before the war has heavily influenced the reaction we see now. So, we now have more scrutiny of the international community – and we use it by talking about human rights violations in Russia during and before the war.”

Jarringly, the war doesn’t seem to have impacted the ability of human rights lawyers to do their work. Many problems seem to be more structural:

“The war did not bring any major-specific impact: we’ve long detected the non-admission to the police stations and courts, the extreme violence used against the lawyers and protesters, the deprivation of phones so detainees can’t contact a lawyer or document violations, or the arbitrary detentions and poor quality of court decisions and hearings, where the ability to properly defend a person is quite rare. We’ve talked about it for a long time, but only now has it become more visible outside of Russia.”

Unlike the practicability of their work already having been limited, the risks associated with human rights lawyering seem to have grown:

“The war and the repressive legislation adopted after its’ start have brought more risks for human rights defenders and lawyers. For instance, their work is now sometimes viewed as ‘defending Nazis’. Sometimes, similar arguments are made in courtrooms by the judges; putting their impartiality into question. Moreover, we’ve recently traced practices of administrative punishments against lawyers who defend anti-war activists: for example, a lawyer in Kaliningrad was accused of discrediting the use of the Russian army for using the word “war” that she uttered at two hearings in cases of participants in anti-war protests in March. Lawyers and attorneys are now also targeted by the facial recognition system which is used for identifying activists or protest participants. Besides this, the human rights defenders usually cooperate with human rights organisations like OVD-Info, and the ‘foreign agent’ legislation (especially its amendment), internet shutdowns, etc. also brings more risks for them in that sense.”

Access to clients
Lawyers for Lawyers has long been concerned about the issues lawyers in the Russian Federation face when it comes to accessing their clients in detention. Regarding this specific subject, Korolenko tells us she hears very different things:

“A common experience while helping in police departments is where police simply don’t let a lawyer in. Lawyers have also told us about various violent and verbal threats – including threats to detain them or file a report against them – they receive when they arrive to help the detainees. Some tell us that police will let them inside the station, but not in a room with the detainees, or that they are being forced out after already having started helping detainees. In this context, it is necessary to understand that helping the detainees — particularly when there is often 20+ people in a police department, is work that can last several hours, especially at night. The general experience with police officers is, of course, a lack of cooperation and many attempts to interfere with lawyers’ work, which includes lying about whether the detainees are inside or taking their phones away.”

In light of this hindrance, we wonder how this might affect lawyers’ ability to defend their clients in such cases. Korolenko:

“When detainees don’t have their phones or the ability to consult with a lawyer detention, this brings more challenges to courts and the defence. There had been even cases where the court simply wouldn’t admit the appeal filed after the arrest of anti-war activists. We also have information from the lawyers cooperating with OVD-Info in several cases where judges verbally abused defendants, forcing them to abandon the defence so as “not to aggravate the situation.”. I think this highlights the overall repressive climate, where even courts aren’t a place where people can defend their human rights and get lawyers’ help.”

Support
Despite the many obstacles, Korolenko will continue to do her work; to do so effectively, she calls for the international legal community to keep an active focus on human rights violations:

“We are very thankful the rest of the world has started to notice these blatant human rights violations. One of our mottos is: information protects, and we strongly believe in it. We think the international legal community can use its resources to advocate for the documentation, monitoring and investigation of human rights violations in Russia. A Special Rapporteur mandate, a UN Investigation Commission, or any entity within an international organisation with a proper mandate can help. While the ability to file a complaint to ECHR will disappear soon, to continue lawyers working inside Russia effectively, we need to make our actions and our data visible outside of Russia. The legal field in Russia is a difficult place to get access to justice, and that’s where we hope to rely on international mechanisms. Human rights still have supranational meaning, and it is important to remember this. We think it is crucial to document and investigate what’s going on in Russia to prevent such situations in other countries in the future, and we will appreciate any help in this matter.”