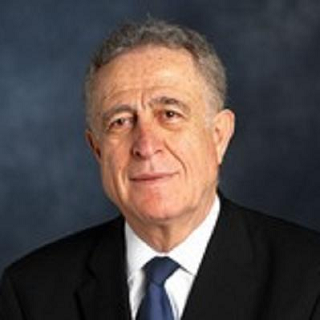 On July 27th, 2009, the prominent Lebanese human rights lawyer dr. Muhamad Mugraby has initiated legal proceedings against the EU at the European Court of Justice invoking its obligations under Article 2 of the Association Agreement with Lebanon, commonly known as the ‘human rights clause’, in order to improve the human rights situation in Lebanon. This was announced by his lawyers, Jeroen Regouw and Leo Spigt.

According to the application, the institutions of the EU have failed to use the instruments at their disposal to uphold human rights in Lebanon. In this way, they have contributed to an increase of ‘the likelihood, frequency and severity of human rights violations in Lebanon, including those committed against Mugraby’.

For many years, dr. Mugraby has been the victim of human rights violations that were related to the nature of his work. As a lawyer and as an active advocate of human rights and the rule of law in Lebanon, he has been confronted with harassments, intimidations, false charges by the Lebanese authorities and even his own bar association. Moreover, he has been denied the right to practice law, following his criticism of the Lebanese justice system. This constitutes a clear violation of various international obligations, among them the Basic Principles on the Role of Lawyers as adopted by the United Nations in 1990. These repressive measures by the Lebanese authorities are part of a campaign which aims to silence the country’s leading human rights defender.

However, dr. Mugraby is not the only victim of human rights violations and abuse of power in Lebanon. Indeed, Mugraby’s fate is just one example of the country’s poor human rights record. The government has a history of arresting and detaining persons who are critical of influential politicians and/or government practices and policies and systematically infringes on its citizens’ privacy rights and conducts surveillance of political activities. Furthermore, the government limits press and media freedom, restricts freedom of assembly and imposes limits on freedom of association. Moreover, the Lebanese justice system has for many years been locally and internationally recognized as seriously deficient.

L4L strongly applauds Mugraby’s decision to institute proceedings against the EU in an attempt to put an end to the impediments that Mugraby faces during his work. The EU should, indeed, act under the provision of Article 2 of the Association Agreement between the EU and Lebanon, which expressly stipulates that respect for human rights is leading for both the Parties to this Agreement. If Lebanon continues to violate this central and crucial provision of the Association Agreement there is no other option for the EU than to stop providing Lebanon with the benefits of the Agreement.