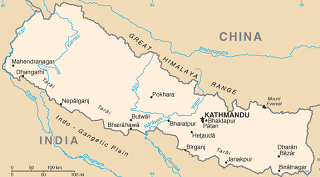 In a joint letter the Law Society of England and Wales and Lawyers for Lawyers expressed concerns about the recent threats against lawyer Badri Bhusal and others involved in the Nirmala Panta case.

Mr. Badri Bhusal is a Nepalese lawyer, human rights defender, and chair of the Collective Campaign for Peace (COCAP). COCAP is a national network of 43 peace and human rights non-governmental organizations from 29 different districts of Nepal. Mr. Bhusal has legally represented clients in many high-profile cases, has reported on prison conditions, and has advocated against the use of torture by the police and for the inclusion of torture as a crime in domestic legislation. As a consequence of these activities, he has previously faced threats.

Since August 2018, Mr. Bhusal’s security situation has worsened due to his legal representation of victims in the Nirmala Panta case. On 26 July 2018, Nirmala – a 14 year old school girl – was raped and murdered in the Kanchanpur District, Nepal. Mr. Bhusal and other lawyers representing the victims, as well as human rights defenders working on the case and family members of Nirmala, have been threatened.

The threats against Mr. Bhusal have included public defamation, intimidation and verbal threats. On 20 February 2019, he was contacted by a police superintendent based at the police headquarters in Kathmandu, who accused Mr Bhusal of “continuing to work against the police” and advised him to stop his involvement in the Nirmala Panta case. On 19 April 2019, Mr. Bhusal received a visit at the COCAP offices from someone who told him that he was taking risks to his personal security by his continued involvement in the Nirmala Panta case. Mr Bhusal was told that he could be attacked at any time by the police or the perpetrators of the crimes committed against Nirmala, and that no-one would protect him when that time came.

In the joint letter the Law Society of England and Wales and Lawyers for Lawyers called upon the Nepalese authorities to properly investigate the threats against Mr. Bhusal and others involved in the Nirmala Panta case and to take all reasonable measures to secure their safety.

In July, Lawyers for Lawyers submitted a report for the Universal Periodic Review of Nepal. This review will take place in January/February 2021. In the report Lawyers for Lawyers highlighted that the Nepalese authorities do not always uphold the necessary guarantees for